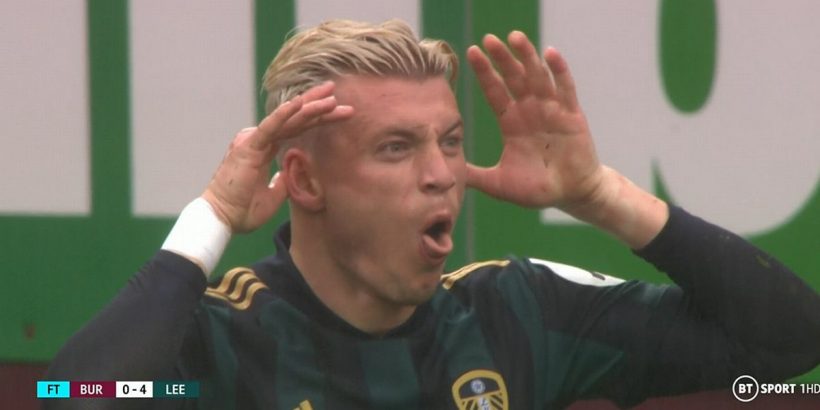 Burnley have reported an allegation against Leeds United's Ezgjan Alioski to the FA after he was accused of making a racist gesture towards the Clarets' midfielder Dwight McNeil on Saturday.

McNeil fouled Alioski in the second-half of a 4-0 win for Leeds and after they exchanged words while Alioski was on the floor, the Macedonian stuck his tongue out with his hands behind his ears.

The Mirror have reported The FA will now study and investigate referee Graham Scott's report before deciding if the claim is valid enough to charge Alioski with a sanction.

According to new FA guidelines released last year, that means Alioski could face a ban between six to 12 games if there is substantial evidence.

Burnley boss Sean Dyche confirmed he asked fourth official Anthony Taylor to call referee Scott over to the touchline so one of his players could make the complaint against Alioski.

"There is a report, which has gone into the referee, and that will be passed on to the FA,” said Dyche.

"One of our players made the report. I was a witness to the report, not the incident.”

Leeds United opposite Marcelo Bielsa was informed by the referee about the claim but the Argentine says he was not aware of what happened on the pitch.

“If there was a gesture, I didn’t see it,” he said. “In front of me I saw a dispute. I didn’t think it was too different to what happens in games.”

The 29-year-old Alioski joined Leeds from Swiss club Lugano in 2017 and is set to leave this year on a Bosman ruling.