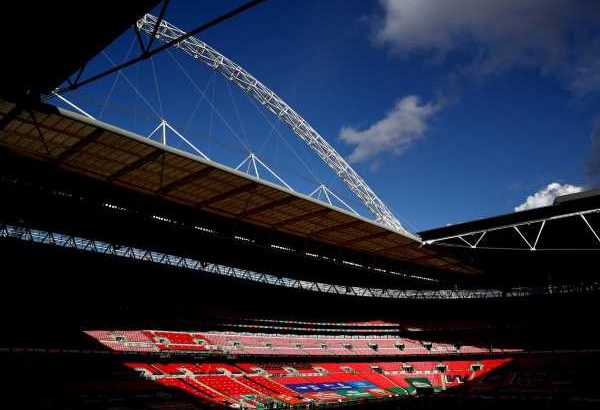 One of next month’s FA Cup semi-finals will serve as a pilot event to test the return of large crowds at sporting events, Culture Secretary Oliver Dowden has said.

As Britain continues to ease its way out of a coronavirus-enforced lockdown, plans are being put together for how supporters can be welcomed back to stadia across the country in the coming months, and Dowden told the BBC that one of April’s FA Cup semi-final fixtures would play a key role in that process.

Chelsea take on Manchester City on 17 April before Leicester City face Southampton on 18 April, with both matches taking place at Wembley Stadium in London.

The FA Cup final, scheduled for 15 May at the same venue, is also set to be a pilot event, Dowden said, as are the Carabao Cup final at Wembley on 25 April and the World Snooker Championship in Sheffield. That tournament is due to run from 17 April to 3 May.

The BBC reported that 4,000 fans are likely to be present at the 90,000-capacity Wembley for the FA Cup semi-final that ends up being used as a pilot event, with double that number of supporters potentially attending the Carabao Cup final. As many as 20,000 fans could enter Wembley for the FA Cup final, though approval from Brent council would be needed following ongoing talks between the Department for Digital, Culture, Media and Sport and the Football Association.

Dowden added that more pilot events would be announced this week, with the government having said that the further easing of coronavirus-related restrictions is likely to come into effect on 12 April, as planned.

The following stage – set to begin on 17 May – would allow grounds to open up to 25 per cent capacity, with a limit of 10,000 spectators in attendance.

If signs are positive come 21 June, that date would mark the ceasing of all restrictions around social contact.

“We want to get as many people back as safely as possible,” Dowden told the BBC. “We want to make it as simple and convenient as possible for people. That’s why we are conducting these pilots.

“The plan is to look at factors like one-way systems, ventilation within a stadium and how you interact in terms of getting to and from the venue.

“The purpose of this is not so much the overall number, it is how they interact with each other. So, it’s the social distancing that they have from each other. It’s the behavioural factors.

“We will be testing them before and after to look at spread and look how they behave in the stadium.

“We’re not just chucking everyone into the stadiums, it is being done in a very controlled way and the purpose is to get the rules set can so it can be as safe as possible from 21 June.”

Euro 2020 begins on 11 June and is set to be held across 12 cities in Europe, with Wembley Stadium hosting a number of games, including the semi-finals and final.