The FA Cup final is back this weekend, with both Chelsea and Leicester City aiming to seal the final domestic trophy of the 2020-2021 season. Chelsea will be going into the match as heavy favourites, but the Foxes are no strangers to lifting silverware.

The 140th FA Cup final will be taking place on Saturday afternoon, at 5.15pm.

It will be the first time Chelsea and Leicester will be clashing in an FA Cup final, and Thomas Tuchel’s side are hoping to put right the demons of last season.

Chelsea lost 2-1 against Arsenal in the 2020 final, after Mateo Kovacic was sent off in the 73rd minute.

Leicester, meanwhile, have never won the FA Cup in their history, despite reaching the final on four previous occasions. 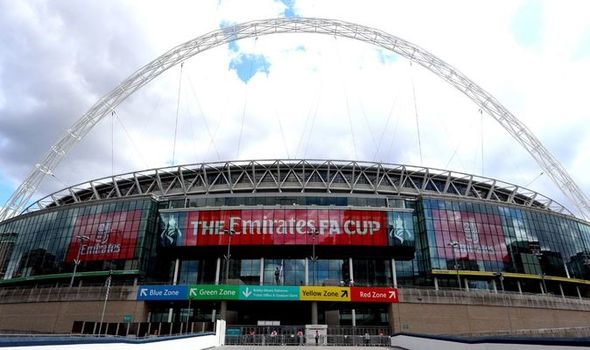 Chelsea are the odds-on favourites to lift the FA Cup after the match, according to latest odds from Betfair.

The bookies are also anticipating a relatively quiet affair, with fewer than 2.5 goals more likely than over 2.5 goals.

Olivier Giroud has the lowest odds for getting on the scoresheet at Wembley, and he’ll be looking to earn his fifth career FA Cup. Only one player, Ashley Cole, has won more FA Cups with seven.

Betfair spokesperson Sam Rosbottom told Express.co.uk: “One of the most famous matches in football, the FA Cup final, will welcome back 21,000 supporters this weekend and it promises to be a memorable occasion.

“Chelsea are the 4/9 favourites to lift the famous trophy, ahead of Leicester City who are 9/5 to win their first-ever FA Cup after falling at the final hurdle in four previous finals.

“Chelsea wrapping up things inside 90 minutes is the most likely outcome at 10/11, while Leicester winning in normal time is 16/5.

“Either side winning in extra time is 11/2, with Chelsea more-fancied at 8/1 compared to Leicester’s 16/1 to win in extra time. 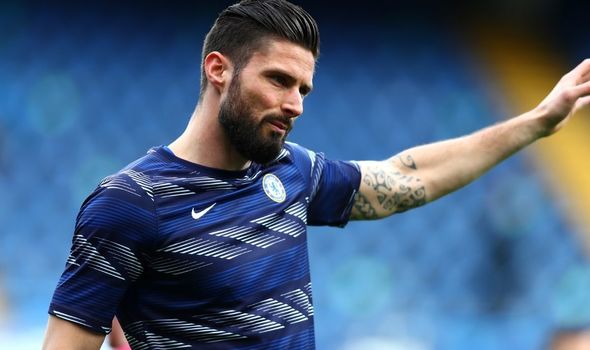 “Only the 2005 and 2006 FA Cup finals have been decided by a penalty shootout and it’s 9/2 that the players take to the spot to settle the tie this weekend. Again, Chelsea have a slight advantage according to the odds and are 17/2 to win on penalties with Leicester 9/1.

“The match could be a cagey affair with under 2.5 goals 13/20 slightly more likely than over 2.5 goals at 6/5. If he starts, Olivier Giroud is the most likely goalscorer at 7/5 as he seeks a fifth FA Cup winners’ medal to add to his collection. At 2/1, Jamie Vardy is Leicester’s best source of goals.

“Of course, Chelsea will have another final to prepare again very soon when they face Manchester City in the Champions League final.

“This weekend’s finals is their best chance of winning a trophy this seasons as they’re 13/8 to win the Champions League, and for Chelsea supporters dreaming of a double they’re 14/5 to win both.”

Leicester to lift the trophy – 9/5

Either team on penalties – 9/2