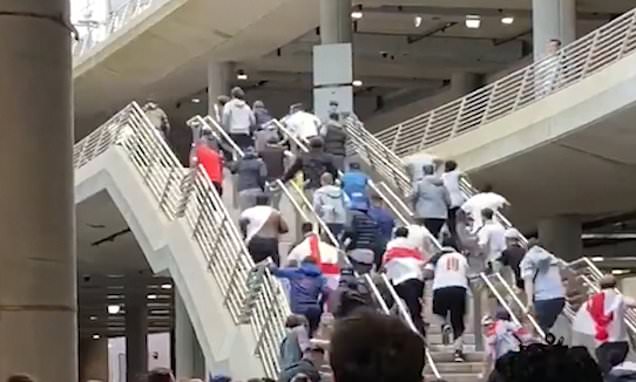 The FA are planning to issue life bans from England matches and Wembley Stadium to fans identified as having broken into the ground for the Euro 2020 final.

The governing body announced on Monday that an independent review, chaired by Baroness Casey of Blackstock, has been set up to investigate the disorder which overshadowed England’s attempt to win a first major trophy for 55 years.

The review will seek to establish whether the Metropolitan Police, the FA or UEFA were most culpable for the security breaches that enabled thousands of supporters to enter the stadium without tickets. 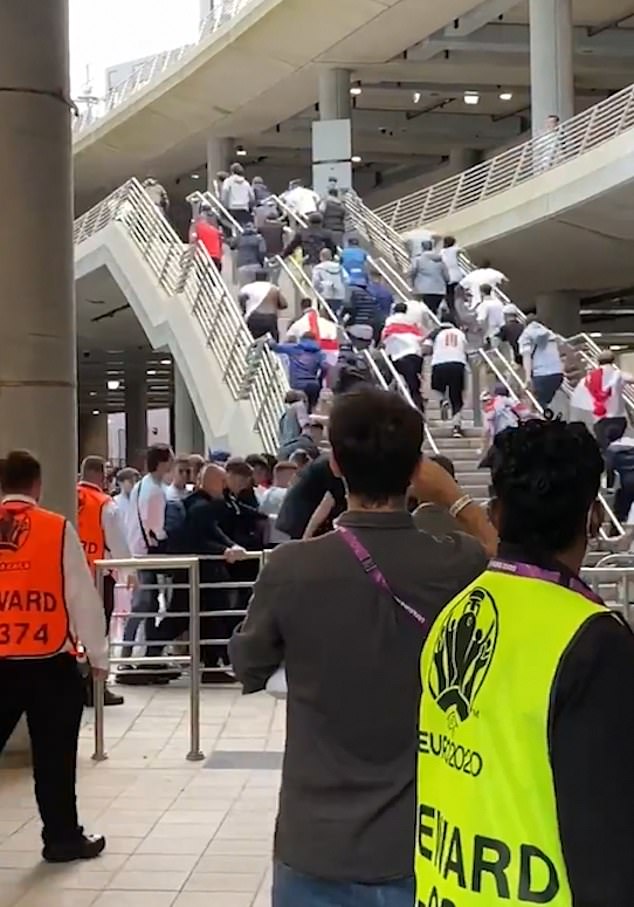 An FA statement read: ‘A key emphasis of the findings will be to ensure such disgraceful scenes are never repeated.’

Staff were ‘overwhelmed’ and authorities estimate up to 200,000 were in the Wembley area.

The Metropolitan Police, responsible for law and order outside the stadium, denied that they failed in this task, though witnesses told of drug-dealing, drug consumption, drunken and aggressive behaviour, as well as male fans urinating in the streets. 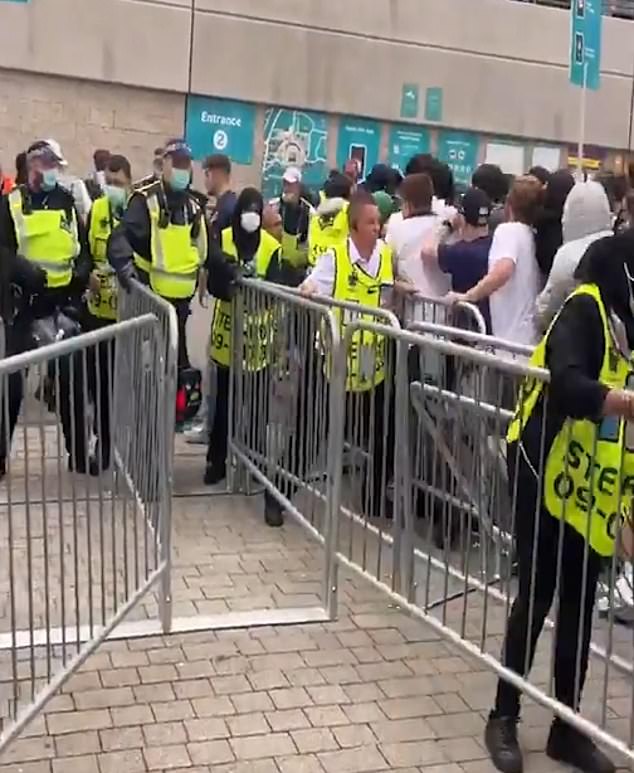 The stadium perimeter and internal security are the FA’s responsibility.

Those without tickets forced their way through turnstiles due to their large numbers and ‘tailgating’ genuine ticket-holders — squeezing through electronic turnstiles behind paying customers, who were threatened not to draw attention.