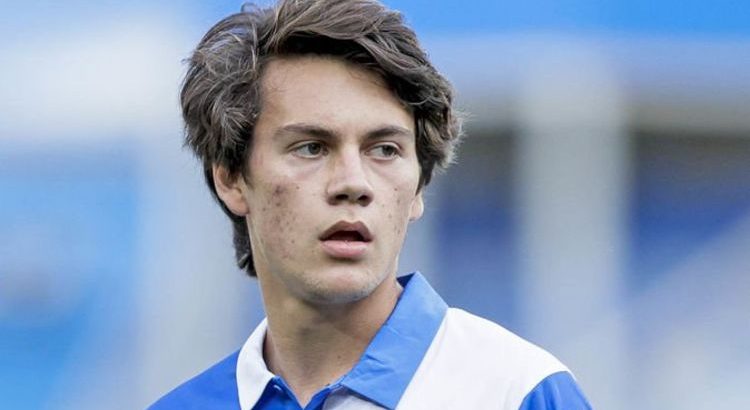 Manchester United star Facundo Pellistri has hinted Jadon Sancho’s move to Old Trafford convinced him into joining Deportivo Alaves on loan in the summer. The Uruguay international moved to the Premier League back in 2020. But he’d spent the majority of his time in England away from the country so far.

But they ended up missing out, with Borussia Dortmund pricing them out of a deal at the time.

However, this time around, United were successful when it came to landing the 22-year-old – securing his signature in a £73million deal.

And Pellistri, speaking to The Athletic, has hinted Sancho was behind his reasoning to join Deportivo Alaves on loan in August.

“Very good,” he said when asked about his pre-season with the club.

“It was a very hard pre-season, the hardest I’ve ever had. Physically, you are really pushed, the training is such a high level.

“New players came in, including in my position (Sancho) so I thought it was a good idea to go on loan again.

“The best thing for a player is to play, and for a young player, to get experience.”

Pellistri also opened up on adjusting to life in England, revealing the way Juan Mata and David De Gea took him under their wing and revealing the club treated him to a house upon moving.

“The club gave me a house filled with enough food for two months,” he said.

“The difference between United and a club in Uruguay was incredible.

“There were so many people to help look after us. If we had any problem, I just had to call.

“If I wanted a new phone — no problem. They would get one for me.

“I didn’t really want many things. I didn’t even ask for maté (a traditional South American drink made from holly leaves) because I don’t really drink it.

“When I first started training with the first team, I was nervous because I hadn’t trained at all for 10 days.

“The players were amazing with me, especially (Juan) Mata and (David) De Gea, the Spanish speakers.

“The training was intense. Much faster, like the jump had been into Penarol’s first team. I had been shocked then and I was shocked again, but I also thought, ‘You can do this’.

“At United, when you get the ball, you can’t think of controlling before making a pass.

“Do that and you lose the ball. You must have decided your pass before the ball comes.

“I got better day by day, then I played some matches in the under-23s. I went to Paris for the Champions League game (a 2-1 Champions League win three weeks after he signed) and was sat on the bench, but I wasn’t really nervous because I didn’t feel like I would go on. The match was amazing, all the players too.

“I continued to improve in training. The level was so high, match level every day.

“You don’t play for United without a very high level. I was getting used to life in England, driving a car on the other side of the road.”

And Pellistri also revealed the move to United was ‘stressful’.

“Stressful! My transfer went through 10 minutes before the deadline,” he said.

“I left the training ground and signed a contract; I did that via a Facetime call from a lawyer.

“I signed all the papers – and there were lots, in English and Spanish — but then, when I thought everything had been done, I got a call from United to say that my signature was wrong: My signature on the file with the Uruguayan Football Association was my old signature, the one I had used as a child.

“When I got into the first team at Penarol, my team-mates had made fun of me because my signature was like a baby’s.

“They told me to improve my signature, so I changed from the baby one to a more grown-up one.

“All the documents had to be reprinted and signed again. We had to wait a long time for confirmation. United had to ask for an hour as an extension to the deadline.

“I was so worried because if the paperwork was not right, I could not sign for United but I also wouldn’t be able to play for Penarol.

“My girlfriend kept refreshing United’s website to see if I had signed.

“Finally, she shouted, ‘Look! Manchester have put you on their page!’ We all started to celebrate.”