‘It’s doing my head in. Since when have England played in orange… did they swap shirts BEFORE the match?’: Fans complain about Lionesses’ friendly against Holland as both sides don their away kits – leaving visitors wearing white!

Fans were left scratching their heads this evening when watching the women’s international friendly between England and Holland.

In a match to prepare for the Women’s Euros – which kick off at the start of July – England hosted the Netherlands at Elland Road, but a particular feature of the match left viewers – including Arsenal legend Ian Wright – bemused.

Both teams wore their away kits in the game, which was broadcast live on ITV4. But that meant England were wearing orange, and Holland white – a complete flip of each country’s traditional colours.

Wright, who was working as a pundit for the match, tweeted: ‘England playing in orange at home against the Netherlands in white!!’ accompanied by two confused emojis. 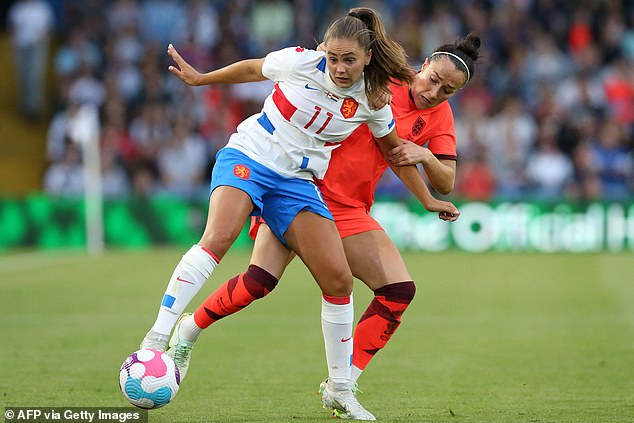 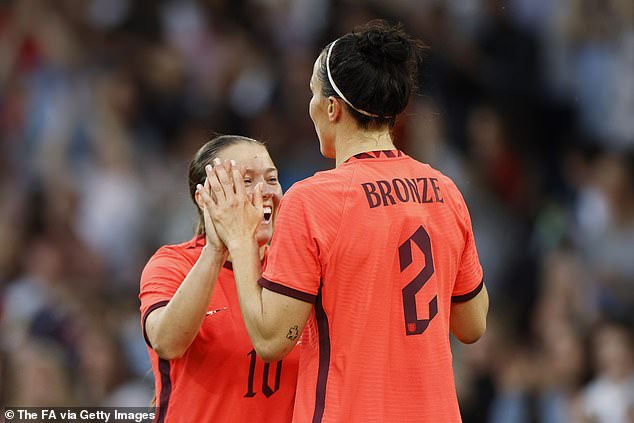 Supporters reacted to the tweet, with one fan asking if they swapped shirts before the match rather than after.

‘It’s playing with my brain. I keep cheering on Holland then realise we’re in orange,’ posted another.

One supporter replied saying: ‘Correct Ian, utter nonsense. Turned it off and put Corrie on’, before someone else replied: ‘Triggered by football shirt colour is a new one.’

‘Looking forward to Rangers in green and white hoops and Celtic in blue next season,’ they said.

Holland went 1-0 up in the game through a strike from Lieke Martens, and @Mattcattdog, seemingly an England supporter, probably celebrated the goal more than most England fans.

‘Had me fooled, I just celebrated “England’s” goal,’ they said, accompanied by a laughing emoji.

‘I’ve only just realised,’ said one user, before another joked: ‘Game’s gone!!’ 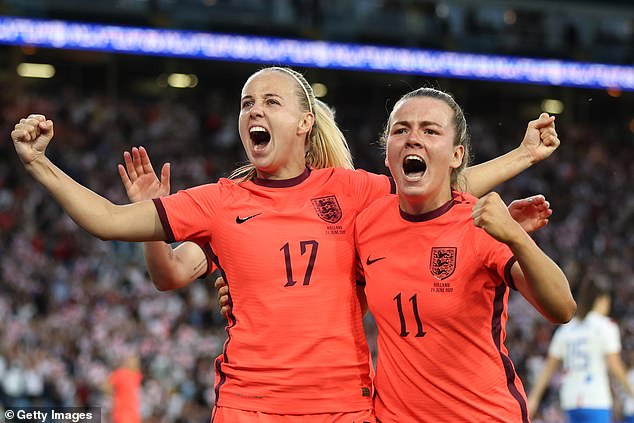 Finally, @FPL_arksurviror and @john_bevin backed up the former forward, saying: ‘I’m with you Wrighty it looks wrong’ and ‘doing my head in. Since when have England played in Orange?’

England came back to win the game 5-1 after goals from Lucy Bronze, Ella Toone, Lauren Hemp and a brace from Beth Mead.

They will begin their Euros campaign on July 6 against Austria.