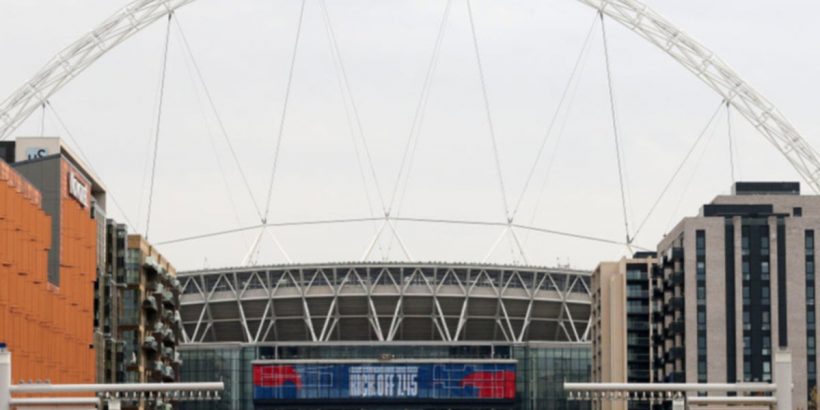 Fans will return to Wembley this month

The plan is to enable the safe return of mass gatherings and indoor events as lockdown restrictions ease in England, with officials preparing a series of trial events over the coming months as they look to find a way for fans to return to sporting venues.

The FA Cup semi-final between Leicester and Southampton at the national stadium on 18 April will see football fans return for the first time since December, with 4,000 fans able to attend.

Manchester City face Tottenham in the Carabao Cup final seven days later with 8,000 fans watching and the month-long scheme will conclude with the FA Cup final on 15 May, when 21,000 fans will be attending.

The World Snooker Championship at the Crucible Theatre in Sheffield – running from 17 April to May – is the first sporting event to be included in the trial and will have 1,000 spectators per day while there will also be three mass participation runs at Hatfield House on 24 and 25 April, with 3,000 runners and a further 3,000 spectators.

Football Association chief executive Mark Bullingham said: “We are delighted to be hosting three test events at Wembley and are confident we can offer a safe environment.

“This is an important first step towards getting fans back, with the end goal of full stadia – hopefully by the end of the Men’s Euros. We would like to thank all authorities for their support throughout this process.”

English Football League chairman Rick Parry added: “The Carabao Cup is a prized asset of the EFL, a great competition for clubs to win and always a fantastic occasion so we are absolutely delighted to see supporters back for the showpiece final between Manchester City and Tottenham Hotspur, in what will hopefully be another important milestone along the way to a full return of fans.”

In developing the scheme, officials will take into account three factors – whether an individual has received the vaccine, has recently tested negative for the virus, or has “natural immunity” having tested positive in the previous six months.

The NHS is said to be currently working on ways of providing people with the means to demonstrate their Covid status through “digital and non-digital routes”.

Prime minister Boris Johnson said: “We have made huge strides over the past few months with our vaccine programme and everyone in the country has made huge sacrifices to get us to this stage in our recovery from Covid-19.

“We are doing everything we can to enable the reopening of our country so people can return to the events, travel and other things they love as safely as possible, and these reviews will play an important role in allowing this to happen.”