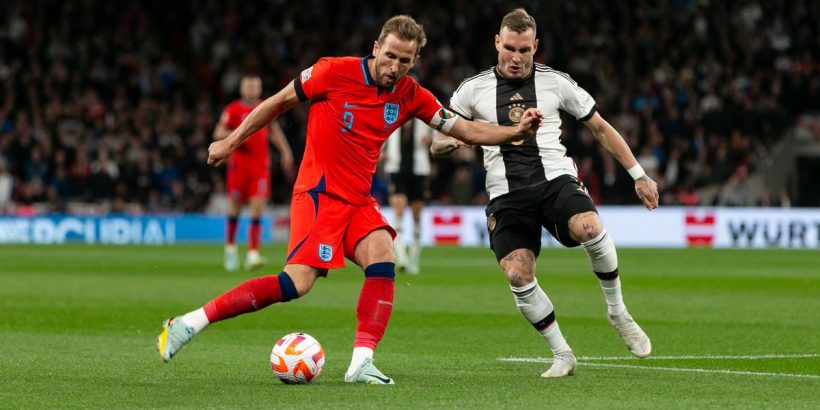 England fans on social media have ripped into the ‘eye sore’ away strip the Three Lions debuted against Germany.

Gareth Southgate’s side lined up in the “heavy metal” red away strip against the 2014 World Cup winners. England sported the new white and blue home kit in the 1-0 defeat to Italy.

The home shirt was received with mixed sentiments by England fans who are already concerned about the Euro 2020 finalists chances in the Middle East. But while the away shirt was initially received positively, supporters took to social media shortly after the players walked out at Wembley.

"I don’t even like this England away kit… how have they got it so wrong," one other bemused supporter posted. "Not into this England kit,” another fan added, simply.

England fans were also left bemused over the Three Lions' decision to sport the home strip in Italy and the new away strip at home.

What do you think of the England away kit? Let us know in the comments section below

"Wearing an away kit at home, how much of a laughing stock we’ve become," one fan added, making clear their bemusement for the away strip at Wembley. "England deserve a battering for wearing their away kit at home," a rival supporter mocked.

"But why? We should’ve worn this against Italy and had our home kit worn at Wembley. Still wouldn’t improve us I suppose," another supporter cited, also mentioning the frustrating loss to Italy.

“I think somebody needs a word with the kitman, we debuted our new Home in an Away game and will Debut out away in a Home game,” one other fan posted.