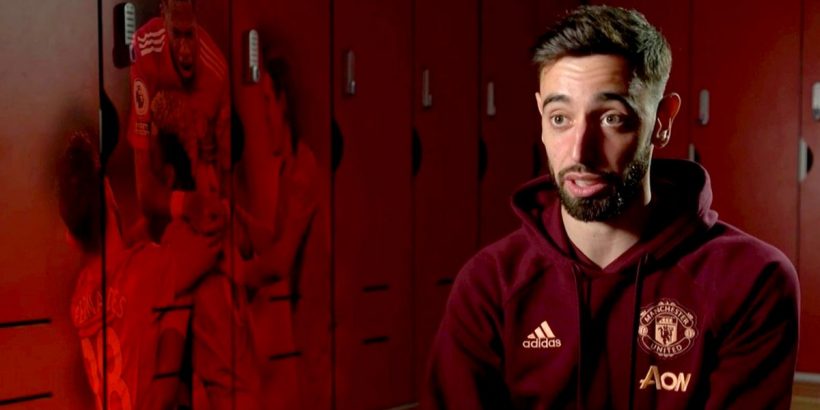 Van de Beek has bulked up in the off-season in an attempt to help salvage his United career.

The Dutch midfielder was starved of opportunities during his first season in England, following his move £35million move from Dutch giants Ajax last summer.

Fernandes has spoken highly of van de Beek's off-field work in an interview from the team’s training camp in Scotland, as they prepare for the season opener against Leeds United on August 14.

“As a professional player you always prepare for your season before you come back for training, you always do something before and I think everyone was doing their jobs at home,” Fernandes told the club’s official website.

“I’m happy to see how everyone is, how happy they are to be back and they are training really hard.

“He’s working hard [van de Beek] and working hard in the gym. Obviously he is one of the quality players we know and now he’s building up.”

Will Donny Van de Beek get more of a chance at Manchester United this season? Give us your thoughts in the comments section

The Red Devils have been rumoured to be in the market for a new defensive midfielder, but may now not need to following the Dutchman's hard work.

Van de Beek has been provided with nutrition and workout plans to help build up his frame, in order to cope with the physical demands of the Premier League.

The 24-year-old was forced to withdraw from Frank de Boer’s Netherlands squad after picking up an injury on the eve of the tournament.

The United midfielder has since recovered and he made his first appearance of the pre-season campaign in the recent 2-2 draw against Brentford at Old Trafford, where he captained the side.

The Dutchman did however, score on his league debut after coming off the bench in a 3-1 defeat against Crystal Palace.

Get your hands on your club's special edition 2021/22 annual. Find out more here .