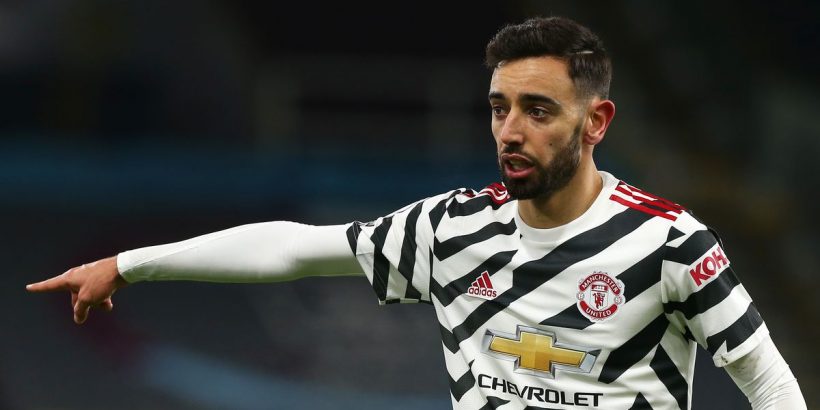 Liverpool boss Jurgen Klopp might not be too worried about facing Bruno Fernandes on Sunday.

The Manchester United star has proved to be one of the best midfielders in the Premier League since leaving Sporting last January, and the numbers in firmly his favour.

The 26-year-old has scored 19 goals across 31 appearances for United in the league, creating a further 14.

However, his numbers against their title rivals so far this season haven’t been up to his usual standards, which could give Klopp some confidence in his chances of keeping Fernandes quiet.

Fernandes has been responsible for 31 per cent of United’s creativity in the Premier League so far this season, and the sixth most consistent pressure of opposition overall.

While the home side are set to dominate the ball at Anfield, the figures show that Fernandes is not as good at making chances when he is doing more pressing that usual.

In his four games against one of the big six teams so far this season, he is yet to create a goal.

United sit three points clear of Liverpool at the top having won their game in hand over Burnley, and Ole Gunnar Solskjaer has warned his rivals that they are feeling hungry.

Solskjaer said when asked by Sky Sports how it feels to be clear at the top “Brilliant position to be in.”

Before adding of their upcoming clash: “Of course we know we’re going to the champions, they’ve had an unbelievable three-and-a-half seasons.

“We know it’s going to be a difficult game for us but we’re ready for it.

“We couldn’t have asked for a better time to play them because we’re in good shape, good form, hungry, that’s the big thing, these boys are hungry.

“They want to get better and that’s the test again. A test of character and a test of quality.”

Fernandes is expected to start in midfield alongside Paul Pogba and Scott McTominay, in what could prove to be a defining result on their title chances.