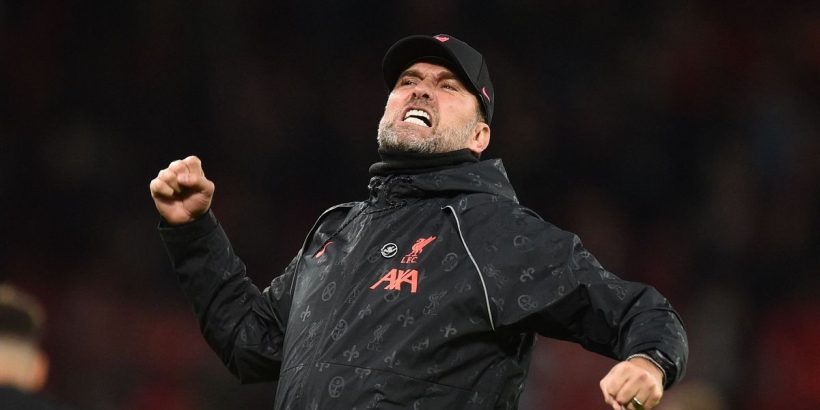 Being a manager in the modern era comes with more pressure than ever before.

The demand for success from fans has increased over time, and when those calls are not met, it often ends in the sack for whoever is in charge at the time.

A report conducted by Sky Sports in 2020 revealed that in the 2019-20 season, the average length of spell in charge for a manager was just 477 days.

To put that into perspective, in the late 1940s managers could expect to be at the helm for more than seven years, while in the Premier League’s inaugural campaign, the average spell in charge was just short of three years.

But for all those nearing the trap door, some have managed to turn both theirs, and their clubs fortunes around, by going on to triumph.

Here, Daily Star Sport takes a look at five managers who were on the brink of the sack but went on to win trophies.

Klopp has become one of the best managers in the club’s 129-year history, but it certainly hasn’t all been plain sailing.

Klopp moved to Liverpool in October 2015, taking over from Brendan Rodgers after a successful stint at Dortmund which saw him briefly put Bayern Munich’s dominance on hold when his side won two league titles.

However, the former Borussia Dortmund boss admitted he was fearful of the sack during his early days in charge and had to convince the club’s owners that he was the right man to lead Liverpool forward.

"It was clear we needed time and we couldn't fix it overnight.

"I had to ask for time, that was how it was. I knew before that in my career, I had never got the sack, but I knew, now I was on a different level and if I cannot deliver here, quick enough, I would get the sack.

"So that was why I said [at the start] if I sit here in four years, still, then something [good] will have happened.

"It was not that I asked for four years, it was just a bit of time.

"We got that and the nice thing was after seven or eight games, our owners were really positive about the situation with me and my coaches already, but after that many games, they knew we were on the right path.

"From that moment on, they didn't question it one second anymore. After that they were full of faith for us and said that is the path we stay on and it will be fine.

"Who knows if you can win something in this difficulty, but that is what we tried."

Klopp’s high-intensity, tried and tested methods eventually paid off at Liverpool and the German guided the Reds to the Champions League crown in 2019, as well as their first-ever Premier League a season later.

Likewise, former United boss also once found himself on the brink of no longer being wanted by the club following a disappointing start to life as manager.

After taking charge in 1986 following a year-long spell of the Scotland national team, Ferguson almost faced the chop in the 1989/90 season.

The Reds Devils were struggling and at one point were on a run which saw them lose four in five, but Ferguson eventually turned it around by winning the FA Cup that season.

After six games without a win in all competitions during the 2015-16 season – which left United fifth in the Premier League following their latest shock 2-1 defeat to Norwich at Old Trafford – Van Gaal was on the brink of losing his job.

When asked in 2015 if he feared for his job, Van Gaal said: "Yes of course I am worried about that because I know that belief in a manager is very important, and when you lose the games you play then the belief in a manager shall decrease. That is happening now. I cannot close my eyes to that."

Van Gaal’s United would go on to triumph in the FA Cup later that season when Jesse Lingard scored an extra-time winner against Crystal Palace, in what was the Dutchman’s only trophy while in charge of the Red Devils.

But it would not be enough for Van Gaal. Two days later, he and his staff were sacked by the club.

Although Wenger did eventually step down as Arsenal boss, there were several times throughout his tenure where it looked as though it might end sooner.

But none more so than when the search for a trophy rumbled on for nine-long years.

After seasons of stagnation at the club, which saw them finish no higher than third in the Premier League and dumped out of the Champions League at an early stage multiple times, many Arsenal fans called for change.

However, after 3,283 days and 512 games, Wenger finally put an end to Arsenal’s nine-year trophy drought with a 3-2 FA Cup final win over Hull.

Wenger eventually stayed at Arsenal for four more seasons, where he guided them to two more FA Cup wins, before calling time on his 22-year reign in 2018.

The Italian boss came close to getting sacked by Real Madrid before winning the club’s tenth Champions League, despite doing very little wrong at the club.

And had it not been for Real Madrid’s triumph against rivals Atletico Madrid to clinch La Decima , then Ancelotti would have been gone.

When asked what exactly Ancelotti had done wrong in a press conference, Perez replied: "I don't know."

Ancelotti lasted a year and a day longer, before he was given the boot by Perez.