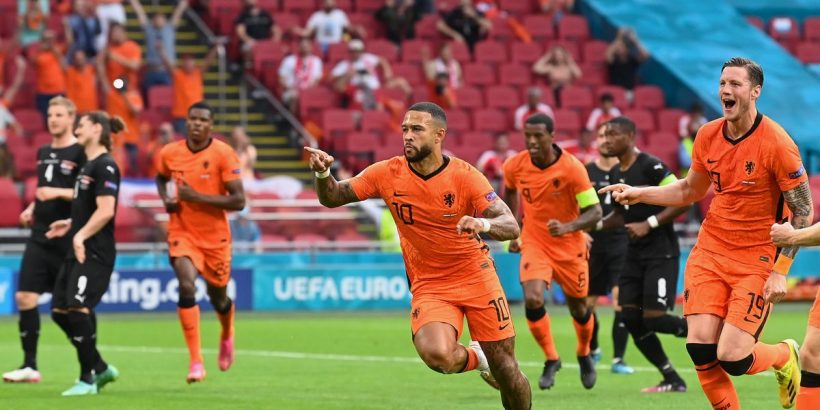 The Netherlands secured their place in the knockout stages of Euro 2020 with a 2-0 win over Austria in Amsterdam on Thursday night.

Despite the hosts squandering several other chances, it was ultimately a dominant performance from De Boer’s side.

They have now finished top of their group, with only winless North Macedonia left for them to play in the group stage.

Here, Daily Star Sport looks at five things you might have missed from the match…

After the Netherlands were awarded a penalty inside the opening 10 minutes for David Alaba’s foul on Denzel Dumfries, Austria keeper Daniel Bachmann tried to put off Memphis Depay.

The former Manchester United flop stepped up to take the spot-kick, but before he did, Bachmann moved to square up to him.

The keeper then received a word of encouragement from one of his defenders as he took his time retreating to his line.

But it would do the Watford man no good, with Depay burying his spot-kick into the left-hand corner to put his side ahead.

Austria were getting over-run for much of the first-half, with arguably their best player David Alaba deployed in a central position in a back three.

The Real Madrid defender appeared to be getting frustrated with his team-mates though as the Netherlands looked to double their lead.

As the game entered the 25 th minute, Depay was able to find far too much space before putting a shot just wide.

That led to Austria captain Alaba calling for more communication from his team, as he made a speaking motion with his hands.

De Ligt puts his body on the line

Matthijs De Ligt was making his first appearance of the Netherlands’ Euro 2020 campaign after being ruled out of their first match through injury.

He made several important contributions as Frank De Boer’s side attempted to keep out Austria in the first-half.

Perhaps the clearest example was when Christoph Baumgartner cut inside from the left, before seeing De Ligt block his shot with his head.

But the ball bounced up off the ground and into the underside of De Ligt, with the defender taking time to recover.

After failing to score in the Netherlands’ opening game of the tournament against Ukraine, Depay returned with a vengeance.

He scored a sublime penalty inside the opening 10 minutes before narrowly missing soon after, though the game did expose the other side of Depay’s game.

With four minutes left before half-time, the ball was floated up to Wout Weghorst who squared the ball to leave Depay with a seemingly easy tap-in, only to see the striker blaze high over the bar.

Austria were poor for much of Thursday's match, barely troubling the Netherlands on the goalscoring front.

They also opted to deploy an incredibily high line when defending, which was exposed ruthlessly by the Netherlands.

It was that high line which led to the Netherlands' second goal, when Austria pushed all three centre-backs up to the halfway line.

Depay spotted their positioning and played the ball through to Donyell Malen who broke into the box before squaring the ball to Dumfries who was left with a tap-in.