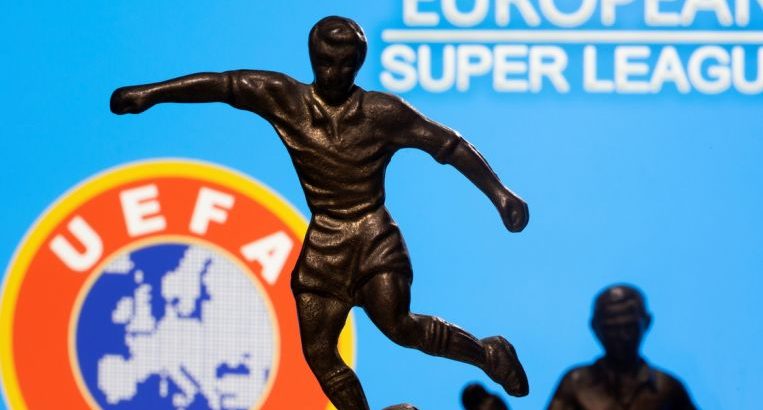 LONDON (BLOOMBERG) – BeIN Media Group has retained the exclusive rights to stream the Uefa Champions League across the Middle East and North Africa in a cut-price deal.

Qatar-based BeIN has renewed a contract that will allow it to show live games across the Mena region for the next three years, it said in a statement on Thursday (June 10) that confirmed an earlier Bloomberg News report. Financial details were not disclosed.

BeIN paid about US$600 million (S$795 million) for the rights, according to a person familiar with the matter, who asked not to be identified discussing confidential information. That is roughly 25 per cent less than it spent to secure these rights from the governing body for European football in the last cycle, the person said.

The price drop reflects the fact that BeIN is still unable to broadcast in Saudi Arabia, the largest Mena market, despite a thawing of the tensions between Qatar and the kingdom, which erupted in 2017 and led to economic sanctions. Rows over a rival Saudi broadcaster that pirated BeIN content have also persisted – a problem acknowledged by Uefa.

“European football excites and inspires fans like no other sport across the Mena region,” Richard Verow, chief sports officer of BeIN, said in the statement.

Even at the discounted level, the deal with BeIN is still one of Uefa’s largest contracts. Uefa generated revenue of €3 billion (S$4.8 billion) in the 2019-2020 season, with more than 85 per cent coming from media rights. It recently sold new rights packages in Germany and Italy and globally it expects to end the current renewal cycle with revenue higher than the last, a person familiar with the matter said.

The BeIN package also includes the rights to broadcast the Europa League, new Europa Conference League and, for the first time, the Uefa Women’s Champions League.

“We are also delighted for the Uefa Women’s Champions League to have such an important platform of exposure,” Guy-Laurent Epstein, Uefa marketing director, said in the statement.

Uefa recently announced plans to overhaul the format of its flagship tournaments, having seen off the threat of a breakaway Super League that would have included 15 of the region’s biggest clubs. BeIN Chairman Nasser Al-Khelaifi is also chair of French football club Paris Saint-Germain, which sided with Uefa in rejecting plans for the Super League. In April, he was made chair of the European Club Association, which represents Uefa teams.

Seeking to reassert its grip on the world’s most popular sport, Uefa had been weighing punishment for three of Europe’s biggest clubs – Barcelona, Juventus and Real Madrid – which have so far refused to withdraw their backing for the Super League. It suspended proceedings until further notice on Wednesday.

BeIN has become more selective about the football media rights it is prepared to pay for. Behind this are concerns that sporting bodies do not do enough to prevent the alleged piracy of BeIN content in Saudi Arabia. While BeIN has recently retained exclusive rights to the UK’s Premier League, it dropped packages for Italy’s Serie A and the German Bundesliga, citing piracy issues.