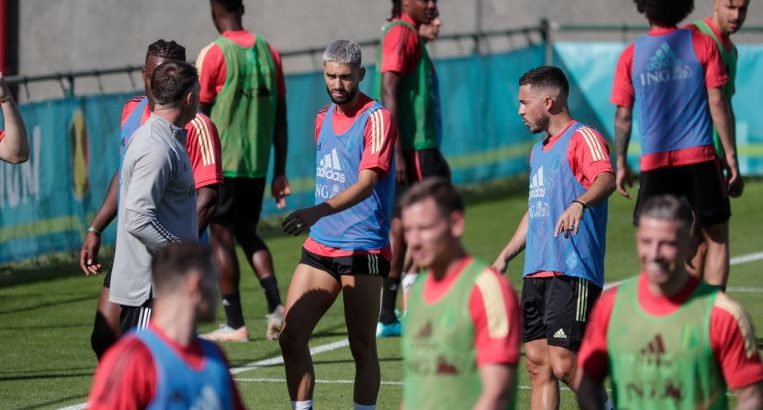 ST PETERSBURG (REUTERS) – Belgium may be without key midfielders for their Group B opener in Euro 2020 but Russia coach Stanislav Cherchesov said Roberto Martinez still has a formidable squad to pick from.

Kevin de Bruyne did not travel for Belgium’s first match, against Russia in St Petersburg, as he continues to recover from a fractured eye socket and nose while Axel Witsel is recovering from an Achilles tendon injury.

Belgium went all the way to the World Cup semi-finals in 2018 and they have been the No. 1-ranked side in the world for the past three years.

“They have 18 players from that World Cup squad, as far as I know. We have played them three times, all three matches were interesting and spectacular for the fans,” Cherchesov told reporters on Friday (June 11).

“We are studying them and our task for tomorrow’s game is to be at the peak of our abilities. We suffered two defeats but we must not forget that Belgium is a great team.”

Russia were dealt a late blow when midfielder Andrei Mostovoy tested positive for Covid-19, with defender Roman Yevgenyev taking his place in the squad on Friday.

All eyes will be on Russia’s towering striker and captain Artem Dzyuba, who has scored 29 goals for his country, two goals shy of becoming their all-time top scorer.

Dzyuba said that de Bruyne’s absence would be a big loss for Belgium but that they are still the overall favourites to top the group.

“I perfectly remember that the Belgians are very strong, disciplined and organised. I perfectly understand what is expected of me in the game. We have the experience and we have analysed all our matches,” Dzyuba said.

“There are some nerves but of the pleasant kind because this is an important tournament. Like any player I would like to score but the team comes first.

“We have to gain points, and everything else will come if I play well and wisely.”