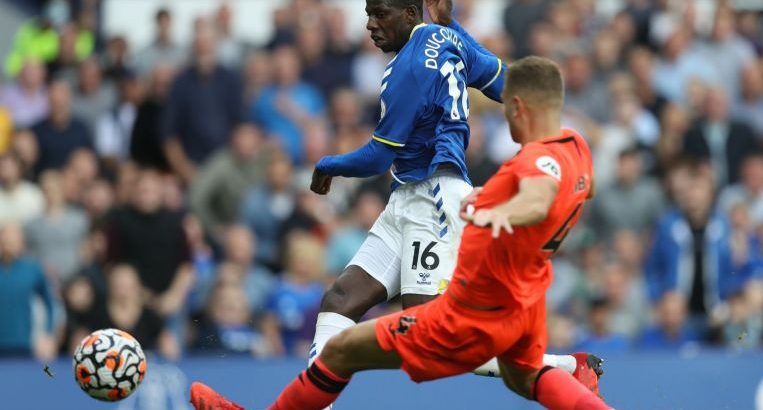 LIVERPOOL (REUTERS) – Andros Townsend and Abdoulaye Doucoure were on target as Everton condemned Norwich City to their sixth straight Premier League defeat with a comfortable 2-0 win at Goodison Park on Saturday (Sept 25).

Norwich have lost their last 16 Premier League games under manager Daniel Farke, having previously been defeated in 10 consecutive matches in the 2019-20 season when they were relegated.

“We know it was a tough start with our fixtures… when you play the first four games against Liverpool, Man City, Leicester and Arsenal, no one expects us to win too many points… that does something to the mood and confidence of the team,” said Farke.

“We were definitely not the worse side today. It’s not a situation where we will dance on the table, but it’s not a situation where we wave the white flag either.” A subdued first half sprung to life in the 28th minute when Norwich loanee Ozan Kabak was adjudged to have brought down Allan in the box following a lengthy VAR check and Townsend dispatched the spot-kick.

Norwich offered little going forward in the first half and their only notable attempt came from Mathias Normann, whose shot from distance was palmed away by Jordan Pickford, who was returning to the side.

The visitors were better in attack after the break, with Normann and Ben Gibson going close but Everton crushed any hopes of a comeback when Doucoure finished smartly in the 77th minute after being played in by Demarai Gray.

Everton climbed into fifth place and Norwich stayed bottom of the table.

Everton boss Rafa Benitez said he was pleased with his side’s start to the season – 13 points from six games – but said the best was yet to come.

“Watching (the players) in training, I expected we could do well, but in the Premier League you never know. I’m quite happy and I think that we will get better… I’m really pleased and hopefully we can carry on against Manchester United,” Benitez said.

Farke added: “We were compact from the first to the last second. We needed 20 minutes to get into the game and be brave in possession. But then we dominated the game a lot in the second half. Sadly we were on the wrong end of the key moments.”