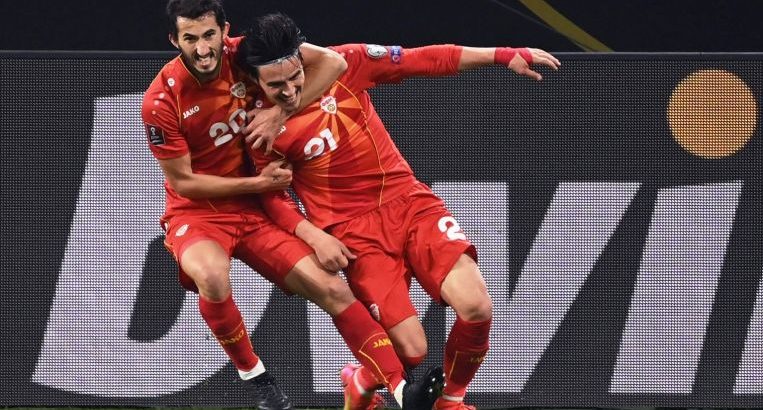 DUISBURG, GERMANY (AFP) – Germany had their 17-match winning streak in World Cup qualifiers abruptly ended on Wednesday (March 31) as they crashed to a shock 2-1 home defeat against North Macedonia.

Napoli midfielder Eljif Elmas scored the winner five minutes from time to cancel out Ilkay Gundogan’s penalty after 37-year-old striker Goran Pandev had given the visitors a first-half lead.

After winning their opening World Cup qualifiers against Iceland and Romania, Wednesday’s defeat is the latest setback suffered by Joachim Loew’s Germany since their humiliating 6-0 drubbing by Spain last November.