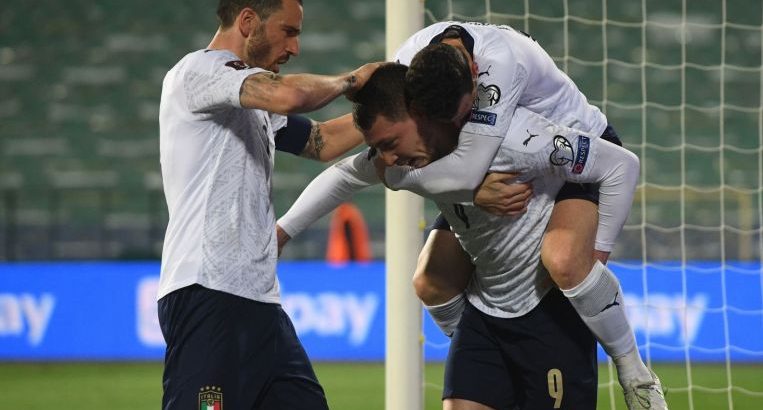 MILAN (AFP) – Juventus centre-back Leonardo Bonucci has tested positive for Covid-19 after returning from Italy duty along with several members of the national team’s staff, the Serie A club announced on Thursday (April 1).

“Bonucci underwent a test for Covid-19 which came back positive,” Juventus said in a statement.

“The player has already been placed in home isolation.”

Turkey defender Merih Demiral also tested positive while with his national side and returned to Turin on a medical flight, the team said.

The 23-year-old is isolating in the Juventus team’s J-Hotel.

Both players will miss Saturday’s Turin derby against Torino.

Meanwhile, Juventus trio Weston McKennie, Arthur and Paulo Dybala were reported to have been fined by police for violating coronavirus rules by attending a party in the American midfielder’s home.

The three players could also face club sanctions but no decision had yet been made on the matter, a club source said.

Four members of Italy’s staff contracted the virus during the team’s World Cup qualifiers, the Italian Football Federation (FIGC) had announced on Wednesday after a 2-0 win in Lithuania.

The Azzurri also played in Bulgaria on Sunday, three days after beating Northern Ireland in Parma, both also with a 2-0 scoreline.

The entire Italy team had been tested in Sofia on Monday, with negative results, but on Tuesday a staff member complained of mild symptoms with a sore throat.

The individual was isolated and returned to Italy where a test was positive.

Other Italian internationals tested negative on their return home, with Napoli confirming Lorenzo Insigne, Alex Meret and Giovanni Di Lorenzo had all been given the all-clear on Thursday.