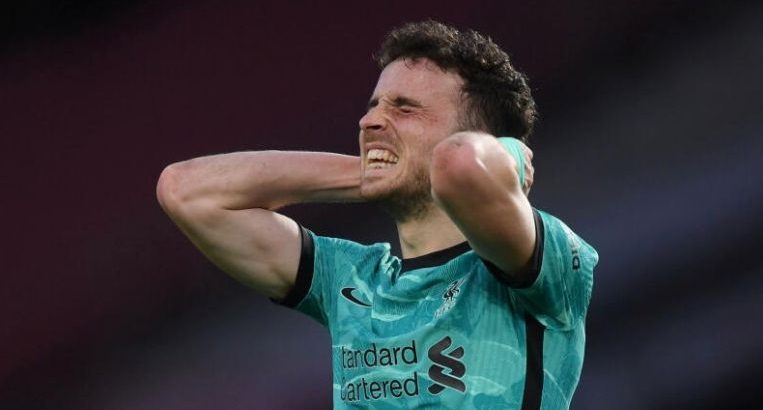 The injury rules the Portuguese out of Liverpool’s league clash at West Bromwich Albion on Sunday, their trip to Burnley during midweek and their season-ender at home against Crystal Palace on May 23.

“No good thing without a bad thing… we won at United but Diogo got something with the bone,” Klopp told Sky Sports. “Not too serious but serious enough to end the season. That’s it.”

Jota joined Liverpool from fellow Premier League side Wolverhampton Wanderers in September and has scored 13 goals in 29 appearances in all competitions.

Klopp said that midfielders James Milner and Alex Oxlade-Chamberlain could return against Burnley after recovering from illness and injury.

“Oxlade-Chamberlain isn’t in the squad, was ill a few days. We decided not to take him here just to give him another session today so that he’s ready for Wednesday,” Klopp added.

“Millie hopefully could be ready for Wednesday. We take what we get.” Liverpool are fifth in the league and targeting a top-four finish to secure a spot in next season’s Champions League.