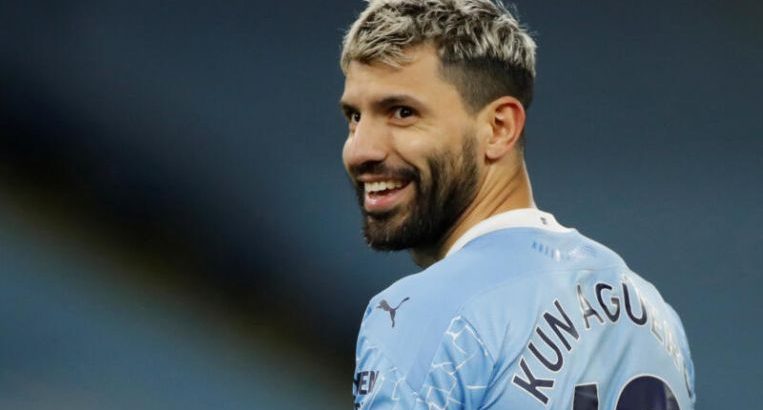 Aguero was expected to start in their FA Cup third-round tie against second-tier Birmingham City on Sunday but did not feature in the matchday squad as Guardiola’s side sealed a 3-0 win following two goals from Bernardo Silva and one from Phil Foden.

“Unfortunately he was in contact more than usual with one person who is positive. He must isolate for a few days,” Guardiola said of Aguero, who has played nine games in all competitions this season.

“I don’t know exactly because he has been tested like all of us six times in the last 10-15 days so it is negative.

“Today I think he was negative too but the protocols say in some cases isolate and in other cases we still play football.” City have recently battled a Covid-19 outbreak, with six players testing positive. Their Premier League match at Everton was postponed and their training ground closed for two days as a precaution.

Guardiola added that defender Aymeric Laporte, who has been out of action since City’s win over Arsenal last month, is edging closer to a return.

“Laporte yesterday had a first session alone,” he said. “So hopefully in one week (he will be available). I don’t know exactly, but hopefully one week, 10 days he will be okay.”