Football Manager 2019 review: This is a huge leap for any Pep Guardiola wannabees… from tactics revolution to fresh training system, new version of game is one of the best in years

There was a moment, a few weeks ago, when I spent my walk to work in a bad mood. It was 40 full minutes of contemplation over a significant issue in my life.

What had gone wrong? Well, I had won the first two games of the season on Football Manager 2019 by an aggregate scoreline of 6-0. And yet, something was not right.

For the fellow sufferers out there, you know what this means. Anger at brilliant wins? Frustration at performances that overlaps into real life? This new edition of the game is one that will be cited in divorce proceedings. 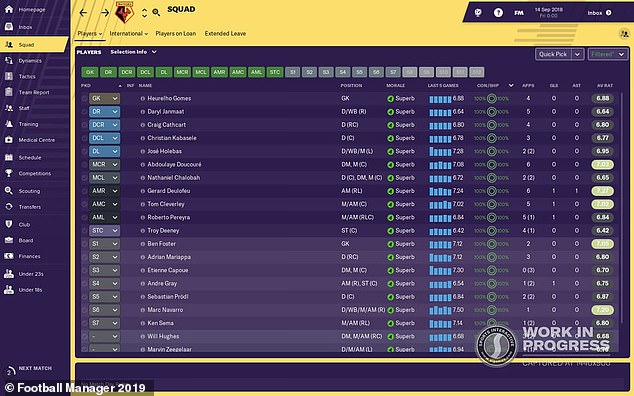 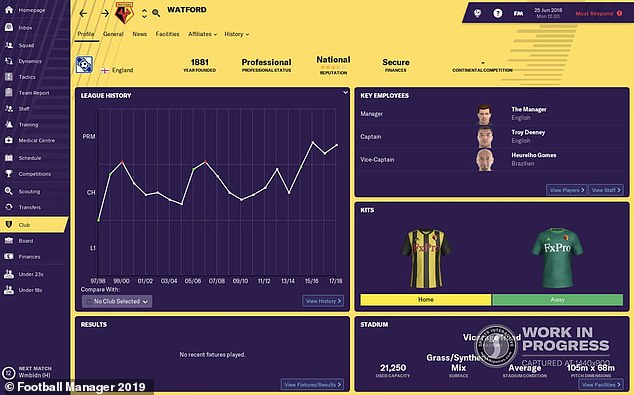 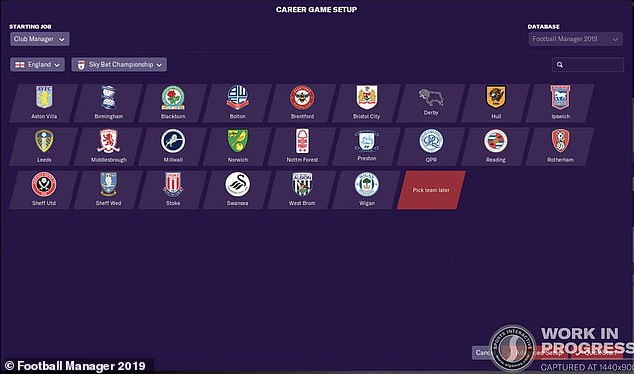 The team selection screen, showing clubs from the Sky Bet Championship, at the start

Which is to say, it’s very good. Uncomfortably so.

Not just ‘one more game’ good but ‘one more month… one more transfer window… one more season’ good. The version of Football Manager that makes you want to keep a pad of paper by your bedside in case of sudden insight.

Surely it’s just the usual improvement, you’re asking? A slight tweak to the engine, the new transfers and new players and ultimately, the same thing you sunk 300 hours into last year.

Well, yes and no. This is arguably the perfect version of FM — whether you’re already a seasoned pro or someone purchasing it for the first time.

In the few weeks I’ve had to play it, around work and those other commitments life insists you fulfill, like eating and sleeping, two changes have sprung out and hit this game on the nose. 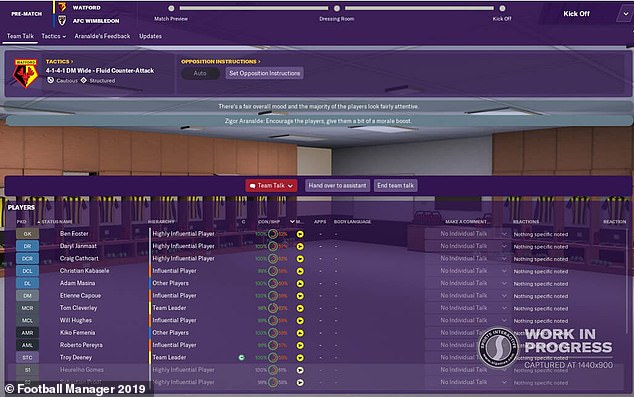 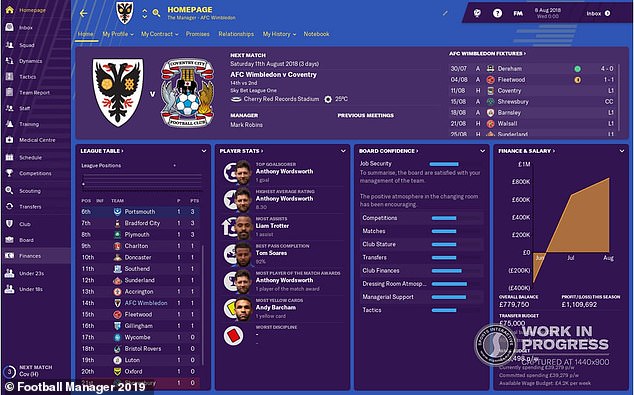 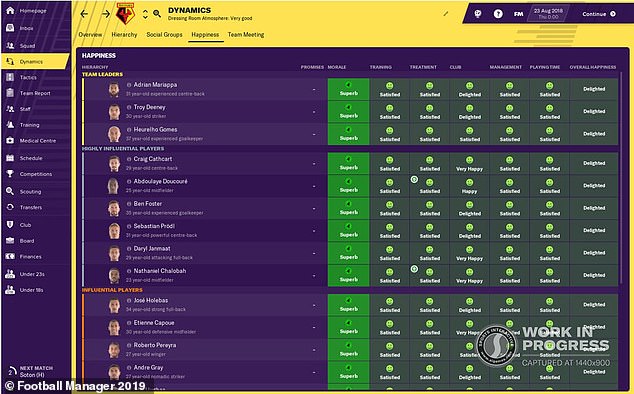 The first is the tactics screen. It has always been key to anyone who wants to bring forth their inner-Pep Guardiola.

Change was promised, not least in the fact that players can now issue specific instructions for each phase of play — attacking, the transition and defending.

That could have been over complicated, providing another barrier to entry for new players.

Not with how Sports Interactive have structured it. How do you want to play? Well, they will give you the basic guidelines in their tactics system to achieve it.

That stretches as far as recommending formations that suit the style of play, although you are not wedded to them.

I wanted my team to play possession-based football when they have the ball. But I also wanted them counter-press and be rapid and direct up the field while in the transitional phase. 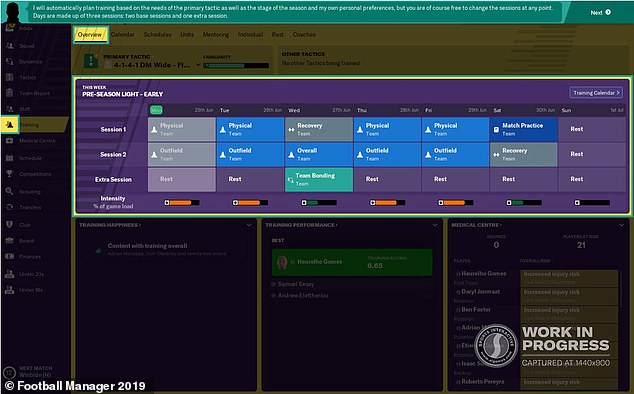 The training system has been completely overhauled, with over 40 different modules included 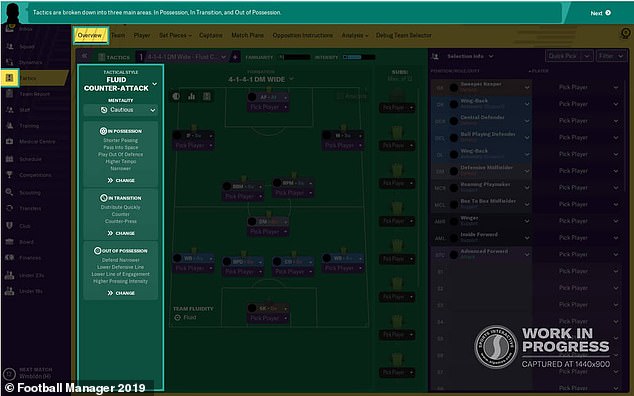 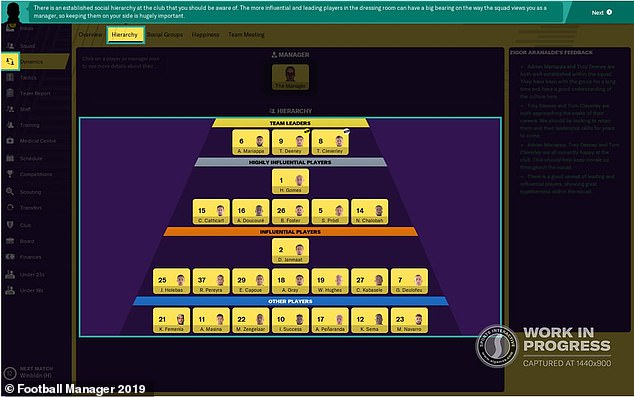 A chart showing how influential players are within a club – in this case, Premier League Watford

A few button presses, a minor tweak or two, and suddenly the players on the pitch are doing exactly what I hoped they would in my head.

I scored tons of goals on the back of brilliant, sweeping passing moves, but also from winning the ball high up the field and hitting them when they were not ready.

I’ve been playing these games for a long time, but it would not be difficult for a new player to turn a concept into reality. There’s enough customisation to work for both.

That is also the case for training, which has been completely overhauled since the last edition. There are now over 40 different modules for training, stretching from ‘attacking free kicks’ to ‘community outreach’.

Notice a weakness in your upcoming opponent? You can be very specific about how you exploit it.

Again, that’s noticeable on the pitch, which makes it quite a satisfying tool to utilise. My team had good set-piece takers but not necessarily the tallest players. Work on the training ground, specifically on free-kicks, paid dividends. 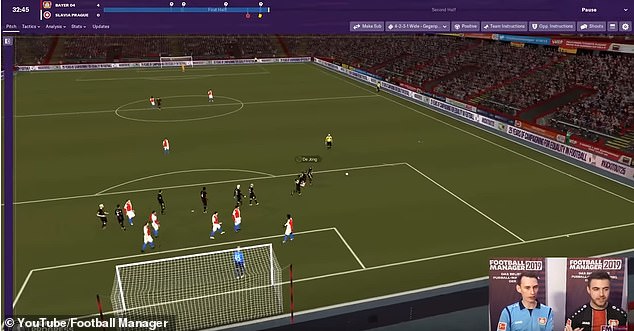 A snapshot of the match action, which featured a series of new animations in this year’s game 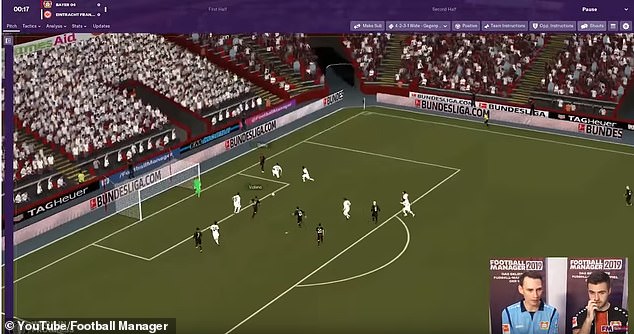 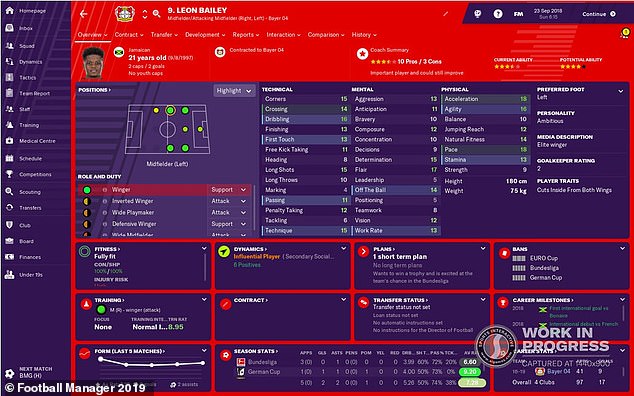 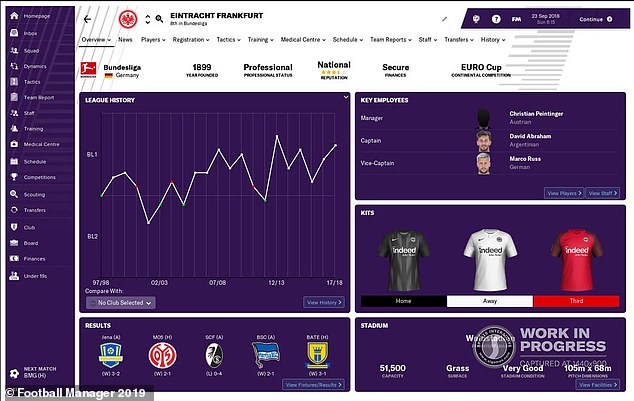 Combine that with the new option to play for set-pieces and your inner Neil Warnock can be unleashed.

There’s also the addition of VAR and goal-line technology, both of which add a showcase element to the matchday.

Plus the frustration of not having officially licensed Bundesliga teams is now gone, as an agreement has been reached.

And, on a personal level, I’ve really enjoyed the new animations in the match engine. It makes moves seem more realistic.

But those are all minor compared to the tactical and training changes. It all works.

A day ago, with my team are top of the league, seven points clear, I walked into work again. This time, I had no concerns.

Only joking — my back-up striker has only scored three times. 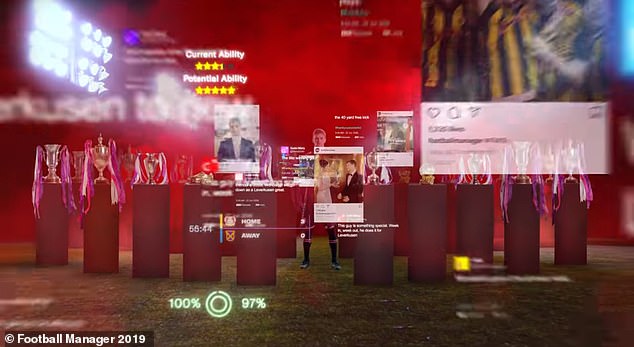 A scene from the official trailer to the latest Football Manager, released on November 2 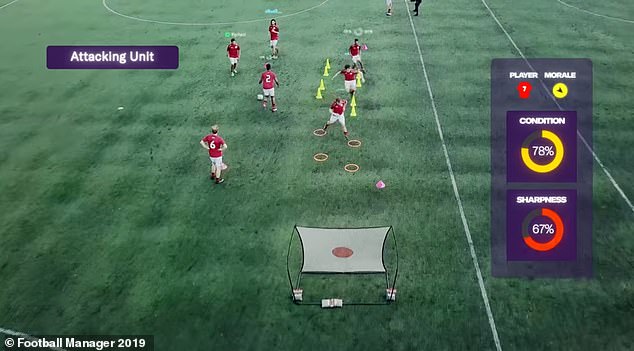