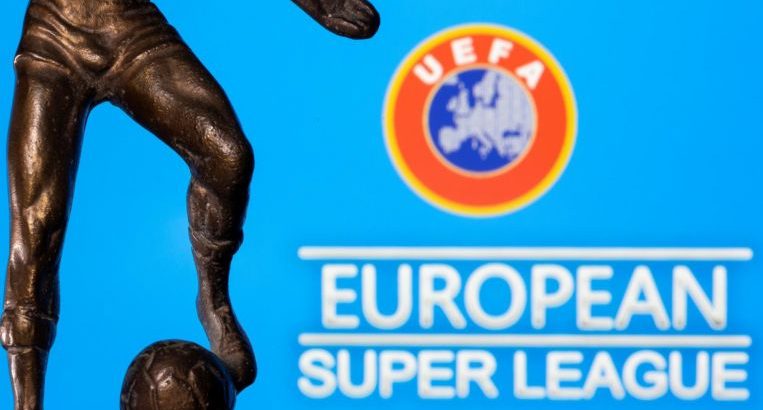 LONDON (AFP) – England’s Premier League said on Monday (May 3) it was drawing up a new owners’ charter designed to avoid future attempts to join a breakaway European Super League (ESL) as police launched an investigation into the protest that caused the postponement of Manchester United’s match against Liverpool.

Fans invaded Old Trafford and ran onto the pitch Sunday as part of a demonstration against United’s owners, the US-based Glazer family.

Anger towards the Glazers has been reignited by United’s part in the failed ESL project, which collapsed within 48 hours last month after a backlash from fans, players, governments and governing bodies.

The ESL sought to guarantee top level European football for 15 founder members every season without the need to qualify on the pitch.

There have been calls for all six English clubs involved in the formation of the ESL – Arsenal, Chelsea, Liverpool, Manchester United, Manchester City and Tottenham Hotspur – to face points penalties.

The Premier League said Monday it was “determined” to “hold those clubs accountable for their decisions and actions”.

It also announced plans for a new charter, with all club owners signing up to a rule “committing them to the core principles” of the league, with breaches punished by “significant” sanctions.

“The events of the last two weeks have challenged the foundations and resolve of English football,” the Premier League added. “These measures are designed to stop the threat of breakaway leagues in the future.”

British Prime Minister Boris Johnson, speaking on Monday during a campaign visit to the north-east English town of Hartlepool, where there is a parliamentary by-election on May 6, said: “I don’t think it’s a good idea to have disruptive behaviour, demonstrations of that kind.

“But on the other hand, I do understand people’s strength of feeling.

“And I think that it’s a good thing that we have been able to do things that make it pretty clear that the European Super League is not going to be appreciated by the people of this country, or by this government.”