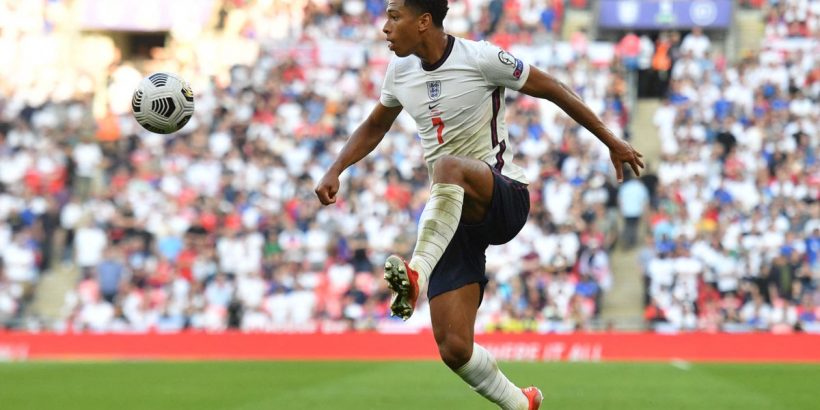 Jude Bellingham in action for England against Andorra

Liverpool boss Jurgen Klopp will look to former club Borussia Dortmund for his latest transfer wish, with Jude Bellingham on the radar, writes the Daily Star. Bellingham, 18, joined the Bundesliga outfit after impressing at Birmingham and was part of England’s Euro 2020 squad.

The Anfield club are also said to be keen on landing Marco Asensio from Real Madrid in January, the Star says. The paper reports that Klopp’s side see the playmaker as key to their title challenge.

Chelsea have given up their interest in signing Declan Rice, which will clear Manchester United’s path to bring in the West Ham and England midfielder, writes the Daily Mirror.

Liverpool, Bayern Munich and Barcelona are going to battle it out for the signature of Red Bull Salzburg and Germany striker Karim Adeyemi, according to the Daily Express.

Barcelona’s Pedri could be tempted by a move to the Premier League with Liverpool among the potential suitors, writes the Express.

Antonio Rudiger: Real Madrid could look to land the Chelsea centre-back on a free with his Stamford Bridge deal ending next summer, writes the Daily Express.

Wesley Ribeiro Silva: Manchester City were keen on the Palmeiras winger but fell short in their bid, reports Marca.