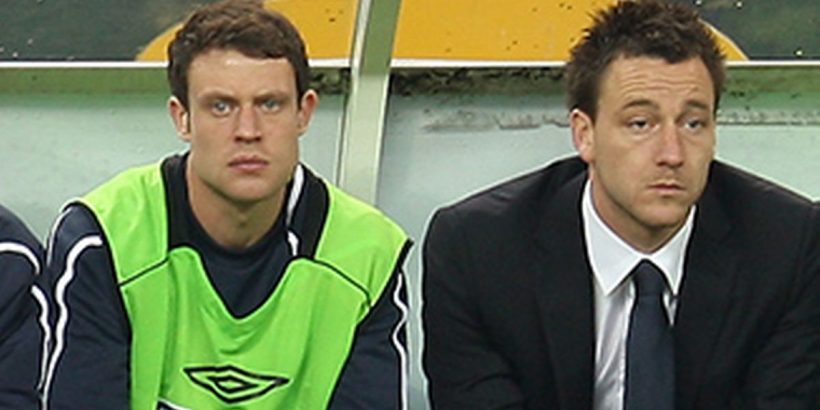 It may seem like a bed of roses on the outside but footballers, too, have troublesome relationships.

Being famous, well-paid athletes, the players garner female attention, leading to all sorts of sticky situations.

And sometimes dalliances come by the way of a team-mate’s wife.

Here we take a look through some of the best examples of footballers who were caught in a heated love triangle, and the consequences that followed.

German football legend Michael Ballack is believed to have had an affair with former team-mate Christian Lell’s now-ex wife Daniella Aumann when they both played for Bayern Munich.

The former husband even publicly scorned Ballack for his sexual deviancy. “Ballack enters into other people’s private lives and ruins them without further thought," he said. "But maybe when you are the Germany captain that’s how you think.”

But that’s just the surface of the story. Mesut Ozil is thought to have had relations with another of Lell’s former partners. This time Melanie Rickinger was accused of courting the former Arsenal star to Lell's dismay.

What did you make of the Wagatha Christie saga? Let us know

Two of England’s deadliest former strikers met in the courtroom just this year.

The Wagatha Christie trial had the nation gripped, with Coleen Rooney publicly claiming one Rebekah Vardy had been feeding private information to The Sun in exchange for money.

Rebekah decided the best cause of action was to take Coleen to trial, suing for defamation. But the 40-year-old lost the case and was forced to pay for a lion's share of the proceedings.

Jamie and Wayne awkwardly were in the same room, as their wives battled it out in front of the UK press. It was the headline news everyone involved could have done without.

This is one for the ages. Maxi Lopez, Wanda Nara and Mauro Icardi set the precedent for all future football triangles.

Being close friends, cardi met Lopez when he was playing for Barcelona. The pair went on to play alongside one another at Sampdoria in Serie A. But things came crashing down when Icardi reportedly had an affair with Wanda when she was married to Lopez.

To make matters far worse, the now PSG striker then went on to marry her, make her his agent – while he’s now got the names of Lopez's three kids tattooed on his arm.

John Terry and Wayne Bridge is a story that will go down in Premier League history. It’s almost iconic at this point, and the former Chelsea captain has not been able to let it down ever since.

It's thought that Terry slept with his ex-girlfriend and mother of his child Vanessa Perroncel after the pair split. The former centre-back and the French model denied the accusations but the scandal didn't go away and a clearly enraged Bridge famously refused to shake hands with Terry when the pair met during Manchester City’s clash with the Blues.

Kevin De Bruyne suffered a major relationship blow when Belgium team-mate Thibaut Courtois had an affair with his girlfriend.

The former WAG, Caroline Lijnen, spoke out on her fling with the Real Madrid goalkeeper back in 2014, claiming that she did it now because the City star had cheated on her with her best friend. “Kevin cheated on me,” she said to Belgian publication Story Magazine. “I did not say anything for months because I couldn't say anything, as Kevin's parents said they would take legal action if I gave my story.

“I was under pressure and I could not have contact with Kevin. I respected everything. But in his book Keep it Simple Kevin wrote a passage about my affair with Thibaut. So, I decided to remain silent no longer. “In the summer of 2012, Kevin told me that he had an affair with my old best friend. I gave him the choice: her or me. I was ready to give him another chance, but our relationship was never the same afterwards."

Jean Francois Larios was left in tatters and dropped from the France international side in the build-up to the 1984 European Championships – after rumours did the rounds that he was romantically involved with Michel Platini's wife.

Playing for Saint-Etienne as a midfielder, he made a total of 17 appearances for his country, but his last one came when he was the age of 26 – and he blames Platini.

Larios took part in an interview with journalist Bertrand Metayer on the release of his autobiography, I Played With Fire back in 2017. And he recounted his version of events.

Larios said: "This is the story of Adam and Eve, the original fault. But it was love at first sight, a true love story. We thought we were well hidden but unfortunately it was rumored. With him [Platini], we no longer spoke. Not even a hello. But we continued to play together. When you have a contract, you shut your mouth.

"We were in the middle of the championship, there was the World Cup coming … in January 1982, I went to see coach Michel Hidalgo to explain the situation to him. I suggest to him that for the good of the team, I will pretend an injury and not go to the World Cup. He refused. But I had become a third card. It was he (Platini) who decided who played or not in the France team. I knew it, I took my responsibilities. It would have been different if he had been an average player.

"There are things like these that have happened in other clubs and it has not come out. A woman who leaves with her husband’s best friend sometimes happens in life. Finally, she said goodbye to me on the phone, she chose not to stay with me. I had to accept it.

"[With Platini], we only saw each other again in 2001 on a beach in Mauritius. I was jogging and getting out of the water. He just took his head in his hands when he saw me, but we didn’t have a word."