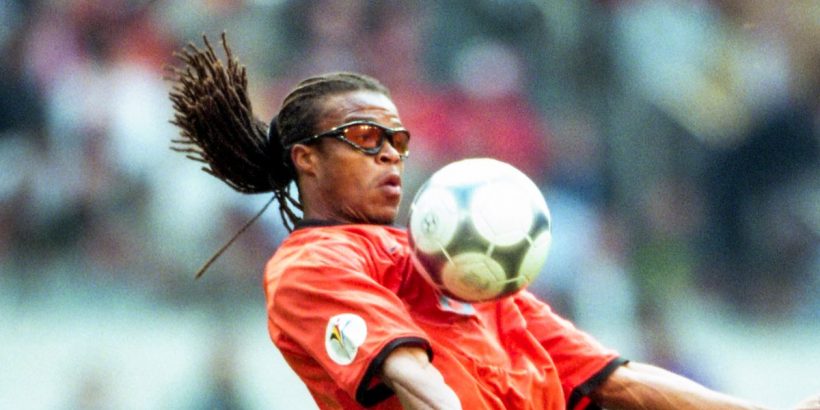 Performance-enhancing drugs have long been a stain on professional sport.

PEDs, as they are otherwise known, are forbidden substances that are used to give a competitor an advantage in a particular discipline.

Cycling, athletics, weightlifting and swimming have all been riddled with positive tests in the past.

However, the beautiful game has witnessed some ugly episodes involving performance enhancing drugs over the years too, with players receiving lengthy bans after testing positive for banned substances – even if they didn’t intend to.

Daily Star Sport have taken a look at five professional footballers who have been found guilty of taking performance enhancing drugs.

Edgar Davids tested positive for banned steroid nandrolone while playing for Juventus in 2001.

The Dutchman had been expected to receive a 16-month ban, which would have seen him miss the 2002 World Cup, but he was eventually given a four-month suspension, reduced from five on appeal.

The future Tottenham, Crystal Palace and Barnet star Davids claimed that homeopathic medicines could have been behind the high levels of nandrolone in his system.

Former Manchester United defender Jaap Stam was another high-profile Serie A player to be hit with a drugs ban after also testing positive for nandrolone while playing for Lazio in October 2001.

Stam protested his innocence, but it was no good as the centre-half was slapped with a five-month suspension, reduced to four on appeal.

That was later reduced to just 11 weeks after the UEFA Appeal Committee agreed that De Boer had unknowingly taken the banned substance “by means of contaminated food supplements".

“I knew it, now I feel free, I think it was decisive to undergo the lie-detector,” said De Boer at the time.

Marseille and French star Christophe Dugarry tested positive for nandrolone in 1998, but escaped punishment due to a procedural error.

According to the French football federation, the doctor who conducted the test was not qualified to do so.

“There were too many irregularities and far too much uncertainty in this case for me to be punished,” Dugarry said after learning of the decision.

“It's a logical decision, even if it was not an easy one to make.”

Argentina legend Diego Maradona was well known for his cocaine use, but at the 1994 World Cup he tested positive for the banned substance ephedrine too.

He was sent home in disgrace, with the 1994 World Cup marking his final appearance for Argentina.

In 2011, 17 years on from the incident, Maradona appeared on an Argentine TV show and made a separate claim against the team doctor surrounding a World Cup play-off match against Australia in 1993.

“We took whatever the doctor gave us," Maradona said. “What happened is that to play against Australia we were given a speedy coffee. They put something in the coffee and that's why we ran more."