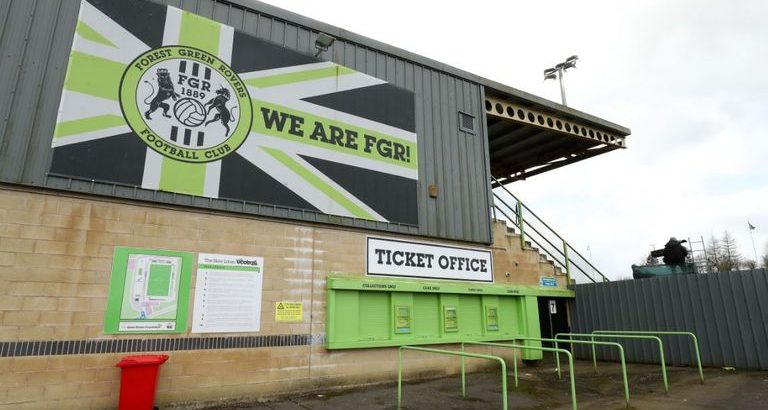 League Two club Forest Green Rovers say one of their players was the victim of alleged homophobic abuse during Saturday’s 2-1 win over Tranmere Rovers.

The Gloucestershire team say they will support an FA investigation into the incident, while Tranmere say that their player strongly denies the allegation.

A Forest Green statement read: “Forest Green Rovers are disappointed to hear of alleged homophobic abuse aimed at one of our players during Saturday’s game with Tranmere Rovers.

“With football clubs and organisations switching off social media accounts in a collective protest against online abuse by fans, it was especially disappointing to have this occur on the pitch.

“To ensure there is no place in football for abuse of any kind – that has to start on the pitch.

“The club will fully support the FA investigation into this matter.”

Tranmere issued a statement which read: “(We) are aware of the allegation made against one of our players by an opposition player during last weekend’s match at Forest Green Rovers.

“The allegation is strongly denied by the player in question.

“Whilst the club has a zero-tolerance policy to any form of homophobic abuse, given the strong denial of the incident we will await the outcome of any FA investigation before commenting further.”