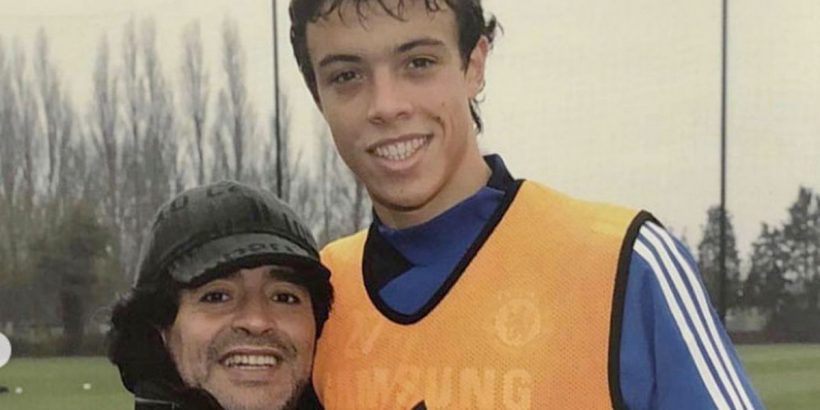 Chelsea's No 9 shirt curse stretches back so far that you'd be forgiven for forgetting every player to have struggled while wearing it – and Franco Di Santo slips the mind more than most.

He was given the honour, if it can be called that at this point, of being handed the shirt for the 2008/09 season, despite having just spent half a year in the Blues' reserve side. It would have come as a shock for not only the 19-year-old, but also the club's fanbase.

But Di Santo had scored at a rapid rate in his youth team outings and also netted twice in pre-season. What's more, he'd been labelled 'the new Maradona' in his native Argentina prior to his £3.4million signing.

However, while he wore a starting XI number, he was limited to substitute appearances behind first-choice pair Didier Drogba and Nicolas Anelka. He didn't start a game in the entire season, which proved to be his one and only shot at Stamford Bridge.

Di Santo was loaned out to Blackburn Rovers the following campaign, before leaving to fellow Premier League side Wigan Athletic the next year. Although he didn't score a goal for Chelsea, he did enjoy a once-in-a-lifetime moment during his spell.

Which player do you always forget played for a club? Let us know in the comments section.

'The new Maradona' got to meet the real Maradona when Diego surprised the Blues squad with a visit to their Cobham training ground. It was a "dream come true" for Di Santo, who had no regrets after leaving.

"Meeting Diego was amazing and a dream come true," he told Goal. "I was lucky to be there with him, have some words with him and it was my first time with him.

"'The new Maradona' nickname didn’t affect me. My style of play wasn’t like his, and no one is like him, anyway. It was only a nickname given to me because I got 16 goals in 13 games for Chelsea’s reserves.

"I was really comfortable at Stamford Bridge. I felt happy there and they made me feel important and like one of them, even after coming from a small team that no one knew.

"I came from a small team in Chile, so to move from there to England to play for a big club, one of the biggest clubs in the world, it was a really, really big step for me. Looking back, I think I am happy with my career there."

Di Santo had spells in Germany, Spain and Brazil before returning to his home country. And he's now back in Europe with Turkish side Goztepe.

He signed from San Lorenzo in January and bagged three goals in 16 appearances in the second half of last season. It's been a mixed career which never lived up to its promise, with only three Argentina caps compared to Maradona's 91.