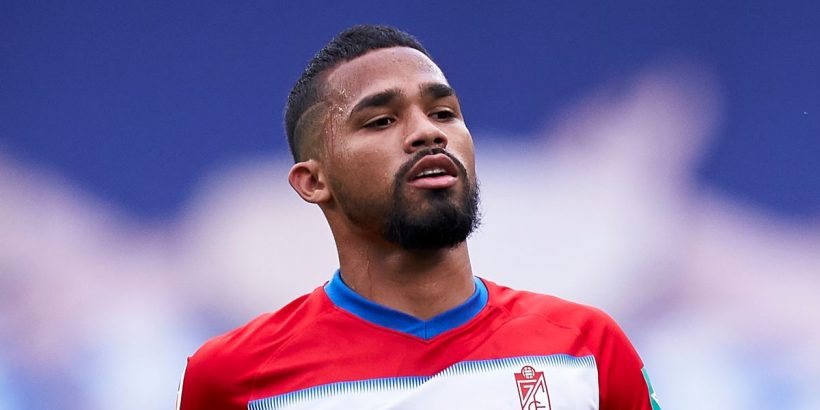 Manchester City could part ways with midfielder Yangel Herrera this summer as both West Ham and Leeds look for new additions ahead of the new Premier League season.

The Venezuela international joined the club from Atletico Venezuela back in 2017 and has been sent out on loan on three separate occasions to New York City, Huesca and most recently Granada.

Despite his experience in La Liga and for his country, it doesn't seem as if the 23-year-old has done enough to warrant an introduction to the plans of Pep Guardiola ahead of the new season.

While another loan remains a possibility, Herrera could eye first-team football elsewhere before his contract reaches expiration in the summer of 2024.

The Sun report that while Guardiola 'thought about adding him to his squad' Fernandinho’s contract extension suggests that there isn't room in the team.

They add that City could raise another £20million from any permanent deal, having already sold Lukas Nmecha, Angelino and Jack Harrison while earning from Jadon Sancho's Manchester United switch.

West Ham and Leeds are said to be 'keen' on the player, but it was Southampton who watched him the most last season in La Liga where he made 32 appearances scoring three goals.

Will West Ham continue their fine form from last season? Give us your thoughts in the comments section

Herrera said back in April: "I learned a lot when I was training in Manchester with Man City. It was in December 2018. That time, surrounded by great footballers, helped me to gain experience.

"Being with Pep Guardiola was [like] a master’s degree."

Adding: "It helped me to see that one day I could also have my place in an elite club.

"I looked good. I didn’t feel weird about being in that dressing room."

Ahead of the current exit links, Herrera was excited about prospect of playing a key role at City.

He said: “I’m looking forward to it. I work to achieve something like that.

"I left Manchester with that apprenticeship: that I can play for Man City or for another elite club.

"I have been in Spain for two years playing at a good level but I am ready to face any challenge if an opportunity like that is given."