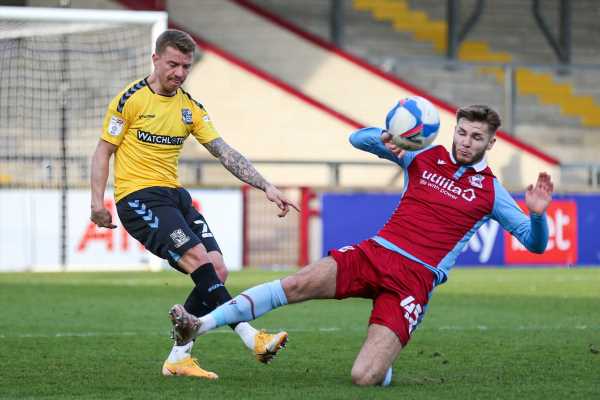 Grimsby have announced the signing of former Scunthorpe striker John McAtee on a two-year deal.

The 21-year-old turned down a contract offer from the Iron at the end of the season to rejoin Paul Hurst at Grimsby, whom he played under at both Shrewsbury and Scunthorpe.

McAtee is Grimsby’s second signing of the summer as they prepare for National League football after being relegated from Sky Bet League Two last season.

Speaking to Grimsby’s website, McAtee said: “I’ve heard nothing but good things to be honest, it all looks like it’s moving in the right direction, and hopefully we can get back up into the league next year.

“I’ve worked with the gaffer before and that’s another reason why I’m here – I trust them, and I know they can get the best out of me.”