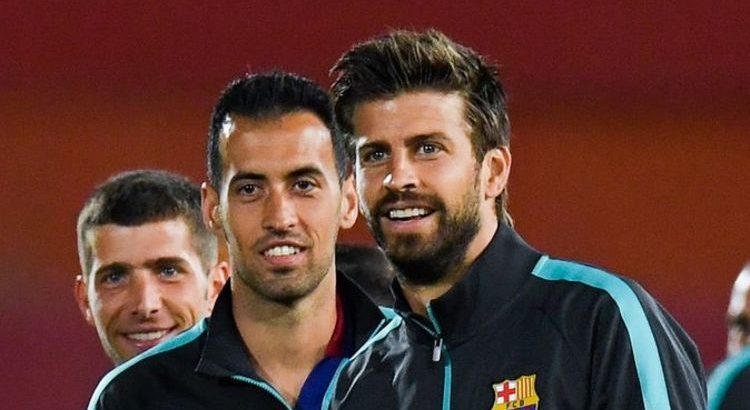 Barcelona are set for a hugely important summer transfer window, with the futures of talisman Lionel Messi, manager Ronald Koeman and several other key players needing to be resolved. Barcelona’s La Liga title challenge has fallen away in recent weeks, with the club failing to win any of their last three league games.

They drew against league leaders Atletico Madrid and Levante, before losing 2-1 to Celta Vigo on Sunday.

According to a report from Spanish outlet Mundo Deportivo, four of Barcelona’s so-called ‘heavyweights’ are ‘no longer untouchable’.

The report names Barcelona stalwarts Gerard Pique, Sergio Busquets and Sergio Roberto as players club president Joan Laporta is set to meet with at the end of the season.

JUST IN: Arsenal could sign Barcelona star who will play last game this weekend 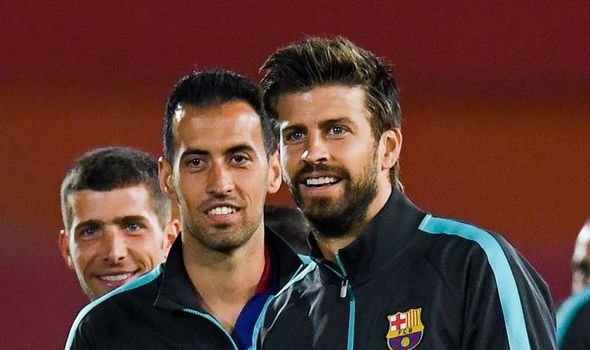 It is claimed that Laporta will discuss each player’s future, asking them to either reduce their salary or to ‘seek an agreed an honourable exit’.

Antoine Griezmann is also described as ‘neither untouchable nor essential’ and he could also be sold if an appropriate offer is made.

Mundo Deportivo also report that Barcelona are yet to make a decision about whether Koeman will stay or go, stating Laporta will meet with the Dutchman after their upcoming game against Eibar.

Speaking ahead of his side’s defeat to Celta Vigo, Koeman addressed his future, saying: “I cannot explain much of what happened in the meeting with Laporta. 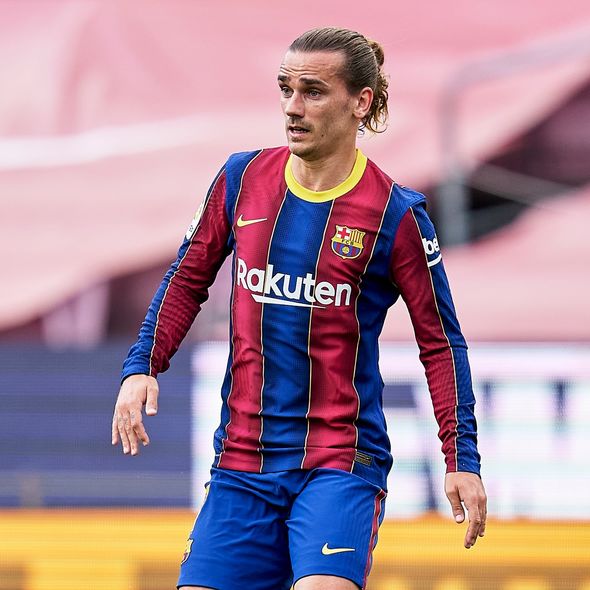 “I can’t explain much. We spoke about Barcelona, the team, the latest results… We have arranged to talk when the season ends.”

Former Barcelona star Rivaldo believes Koeman deserves to be in charge next season, praising him for producing “some solid work” amid a “phase of turbulence at the club”.

Speaking to Betfair, Rivaldo said: “I think we should also take the positives from this season in which no one seemed to believe in Barça’s chances of winning La Liga thanks to a phase of turbulence at the club that led to a new president, new coach, etc.

“Despite this late slump at La Liga that might be crucial for title purposes, Barcelona ended up winning Copa del Rey and having a nice performance at the second half of the season when Ronald Koeman found a better tactical system of 3-5-2. 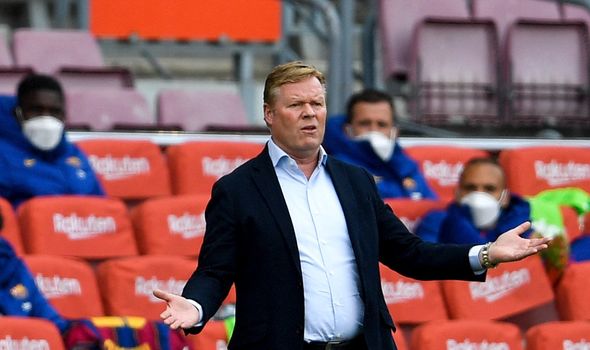 “In a very tough season for the club with many options in the squad and even at the presidency, the Dutch manager produced some solid work.

“Bring through some young talents while keeping the team competitive, so, I consider he deserves the confidence of Juan Laporta for next season.

“Next season with all the previous mess settled, Barcelona should have conditions to stabilise and fight for all the trophies with Koeman in charge.

“With the possibility of signing Sergio Aguero and keeping Lionel Messi at the club, I’m sure that Barcelona might quickly get back to where they belong – becoming a fearsome team capable of beating any club and winning every title.”