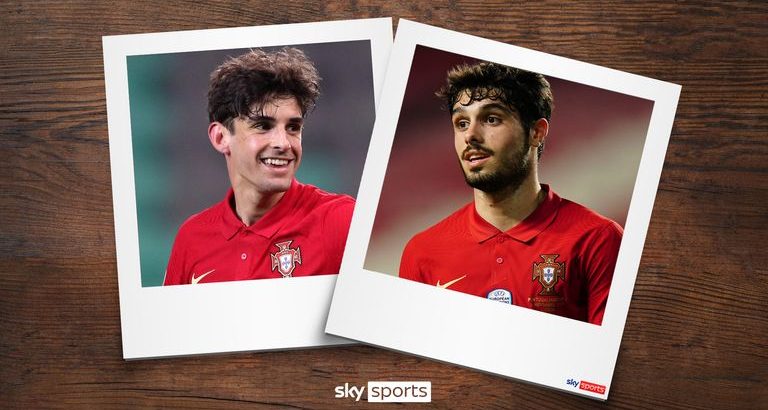 Francisco Trincao’s move from Barcelona to Wolves reunites him with many familiar faces given the Portuguese contingent at Molineux. But the chance to link up again with Pedro Neto will be special. The pair have known each other since they were children.

Both are natives of Viana do Castelo, a small town in northern Portugal. Trincao joined the local team aged five with Neto arriving a few years afterwards. They progressed to Braga, even representing their country together. Now they are playing for the same club again.

Wolves fans are excited about their new signing from Barcelona – a loan with an option to buy. The expectation is that Trincao can have a similar impact to his old friend, even if everyone will have to wait to see them in the same side due to Neto’s knee injury.

But while the two have a shared history, they are very different players with very different personalities. While Neto has a reputation for being an energetic individual, Trincao is more circumspect, wise beyond years. “His maturity was not normal,” says one old coach.

That is reflected in their playing styles, too. Jose Carvalho Araujo is a former Braga academy coach who worked with both for many years and sees significant differences.

“They are two amazing players, I do not have any doubt about that, but Wolves are signing a different kind of player,” he tells Sky Sports. “Pedro Neto is a player for the transitions, very direct. Trincao is more of a player who wants to have the ball.

“He is not so fast or intense but I think he has a little more magic.”

Trincao and Neto did not play together too much at Braga – “maybe two or three times” – as Neto was a year younger, but it was normal for them to train together. Trincao had endured an unhappy few months at Porto as a young boy in 2009 but he flourished at Braga.

“He was an amazing kid, very skinny. Physically, he was very poor but with the ball he was magic, doing tricks, so skilful.” Araujo was the coach of the U13 team and quickly moved him up. “I remember his first game, he scored two goals. He did very well immediately.”

The difficulty with Trincao was to keep testing him. At 12, he was playing against boys of 15. In fact, that Braga group was so good that they entered his U16 team into the U17 national championship – beating the club’s own U17 side as well as many others.

“It was too easy for Trincao with the kids of his age because he started to play with them, not to win the game but for fun. It was very important to keep challenging him. When we put him in a higher situation, he became more focused and committed.” 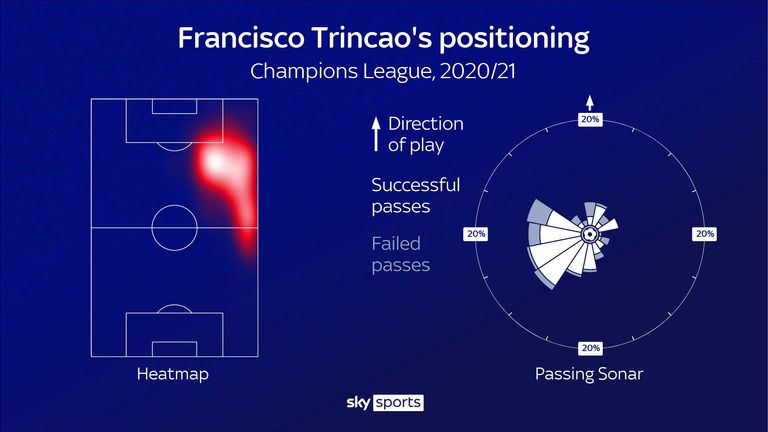 Tests do not come much bigger than Barcelona and after a breakthrough season at Braga they were persuaded to commit big money to bring him in last summer. On the face of it, this was a dream move for Trincao but the circumstances were far from ideal.

“It was the first challenge that he had outside of his comfort zone and I do not think it was the best moment to be joining Barcelona as a young player. It was a transition stage for the club with all the troubles that they had with Lionel Messi and the board.”

Trincao was involved throughout the season, making 28 appearances in La Liga, including a spectacular late winner against Real Betis in February. But he was unable to build up a rhythm with all but a handful of those opportunities coming as a substitute.

Araujo expects Wolves to be a better place for him.

“I do not know Ronald Koeman but he did not seem like a guy who would develop young talent. Bruno Lage did that at Benfica. He took several young kids and did an amazing job there. He is the guy to develop young talent and I think that will help a lot.

“Knowing Bruno Lage, he understands how to motivate young players and give them the tools to improve. Trincao will be more mature for his experience at Barcelona and he will also know some of the players at Wolves. It is more of a family environment for him.” 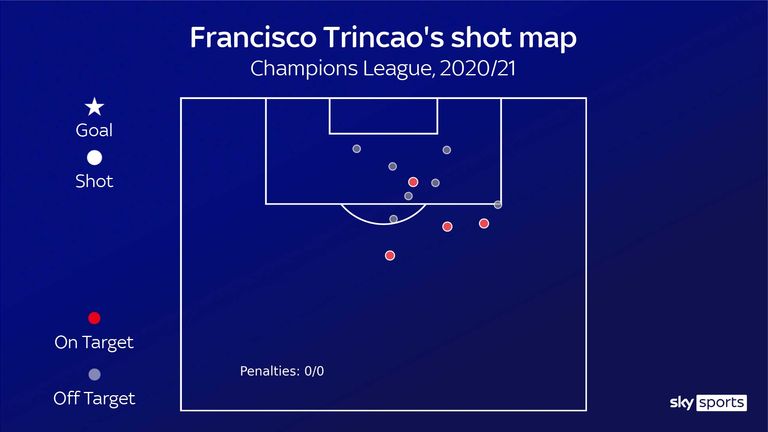 Lage has been hired because of his ability to work with youngsters, but also because of his reputation for favouring a possession game – something that Wolves attempted to transition towards under Nuno Espirito Santo last season but struggled to do so.

The signing of Trincao seems to indicate the club’s commitment to that shift in style. After all, if expected to play only on the counter-attack, he is unlikely to thrive. Unlike Neto, whose parents were sports stars, he is not a natural athlete. It has required work.

“At Braga, they did an extra training programme with him to develop his physicality. Now, he is an athlete. You look at him and he is very tall with the right profile. He is still not that intense but he is able to be quick enough because he has big legs with a big stride.

“He is never going to be the guy who can explode, like, bang, and he is through the opposition. That is more Pedro Neto. Trincao is the guy who can play between the lines, who is very smart and sharp, can see the passes, good finesse with his movements.

“On the wings, Bruno Lage will want speed and strength like Pedro Neto but he will also want someone like Trincao coming inside off the right wing to make the play and to score goals because that is where he can really make the difference, I think.” 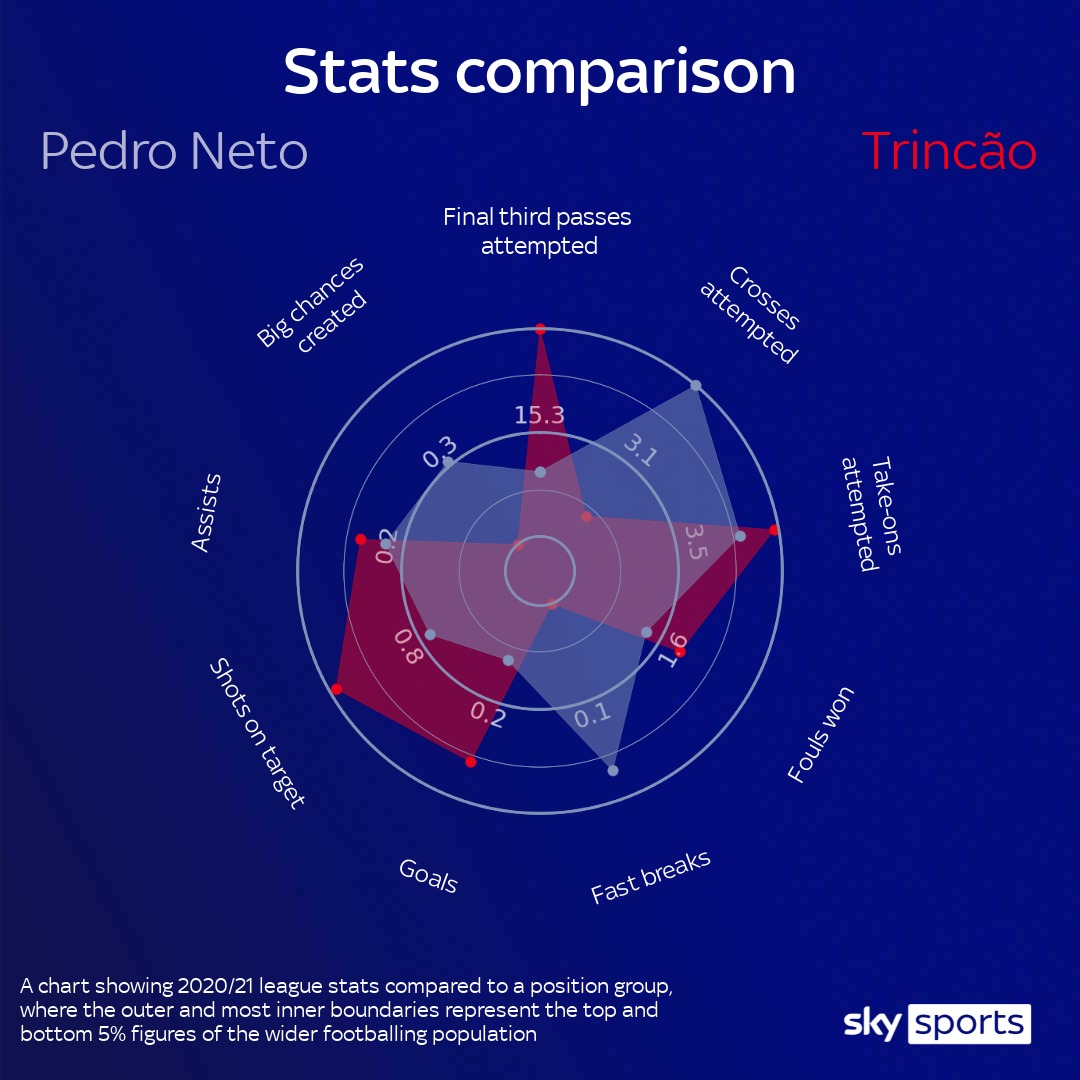 It makes for an intriguing prospect, the two boys from Viana do Castelo, playing in the Premier League together, their skills complementing each other on either flank. It is a journey that even Araujo might not have predicted, even if they always did stand out.

“There are thousands of kids with amazing talent,” he says. “Aligning talent with the right mindset, the commitment that you have to have to get to the highest levels of the professional game, that is difficult and there are not that many. Trincao is one of those kids.

“He is a very humble guy, a very hard worker but also with enormous self-belief. Yes, he has amazing ability and capacity to play the game, amazing skills and fabulous goals. But the difference with the best young players is in that mindset.

“He and Pedro Neto are very similar in that respect. Different styles of play, for sure. But with the same mindset, the same motivation. They were not the same as the rest, that was the thing you could see as kids. They had a mindset that others did not have.

“These guys were different.”