‘He has been brilliant, I can’t say enough about him’: Frank Lampard praises Thiago Silva’s impact after veteran defender’s superb start to life with Chelsea continued with victory over Sheffield United

The 36-year-old, who joined the club after leaving Paris Saint-Germain as a free agent this summer, netted his first goal for the Blues in the comfortable victory at Stamford Bridge.

The team have become notably more resilient with Silva at its heart, and Lampard took the time to salute the Brazil international’s influence both on and off the field. 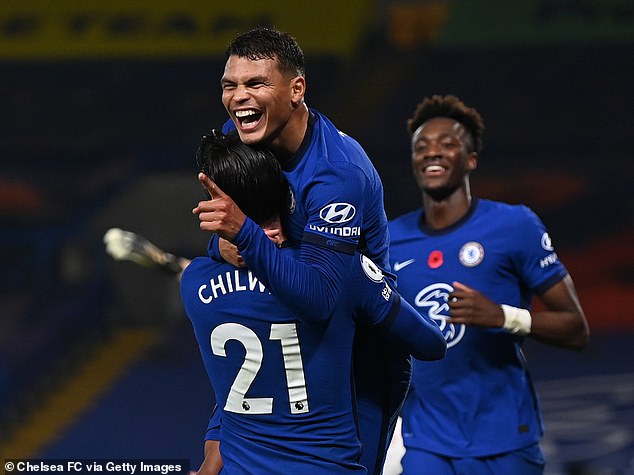 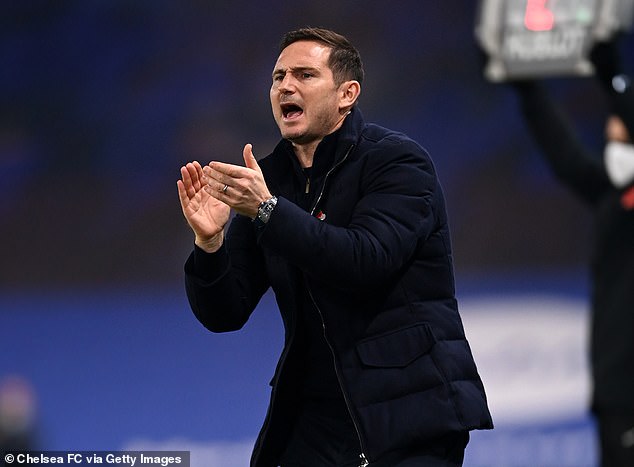 ‘I knew the player that he was when he came here because of the career he had,’ he said in his post-match press conference.

‘He played in the Champions League final a few weeks before coming here, but his level of performance since he’s been here, without much of a pre-season, the influence, individual performance, the way he is between games, he attacks training so diligently.

‘He looks at opposition when we are having meetings, he wants to know. So I have a lot of conversations with him. He has been brilliant, I can’t say enough about him. Then he gets the goal today, a very good goal. He has made a big impact. 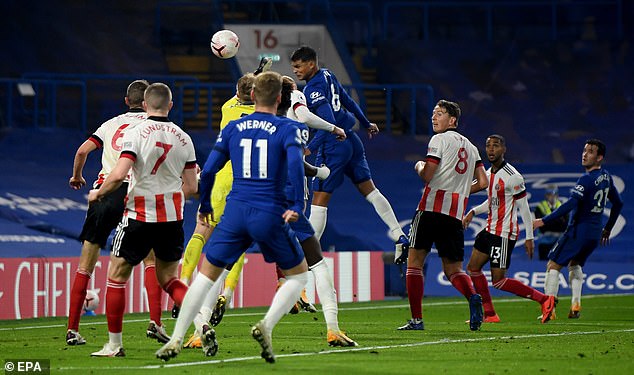 ‘I am very open to make sure we give him the best rest in between and make things easy for him. He looks fit, he is fit, he’s fresh and he is helping and rubbing off on others around him. Long may that continue.’

Silva got off the mark for Chelsea in west London after steering home Hakim Ziyech’s devilish free kick on 77 minutes – and his backline have now conceded just once in their last six matches across all competitions.

The centre back’s recent performances have been a world away from his nightmare debut showing against West Brom in September.

Silva was guilty of a mistake during the 3-3 thriller, but has since underlined his credentials as one of the finest defenders in the world. 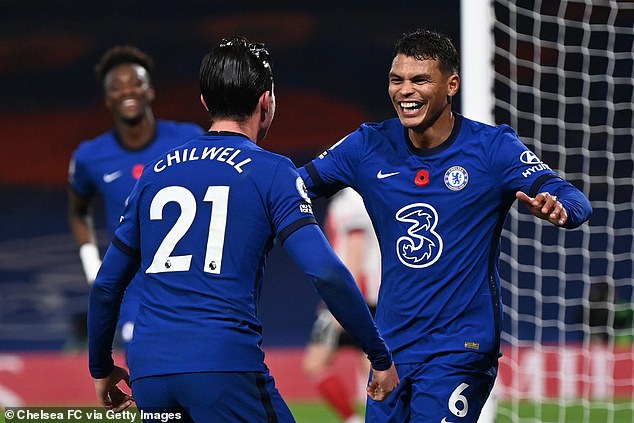 Earlier in the week, Lampard shared a similar sentiment and is keen for Silva to add more silverware to his collection.

He said: ‘In terms of his career, he absolutely walks into that bracket of top centre backs.

‘I keep talking about the impact he is having, and he can be a big deal for us, but we need more.

‘We are talking about teams that have won things and we are striving for that.’

What we learned on opening day in men’s college basketball