A youthful Blues line-up went down to the club’s biggest defeat against Manchester United at Old Trafford since 1965 on Sunday.

But Lampard is not ready to take them out of the firing line against reigning Champions League winners Liverpool in tonight’s Super Cup Final despite his side’s 4-0 thumping.

The Chelsea boss, who also revealed N’Golo Kante is a major doubt with an ankle injury, said: “I believe in the players.

“With regards to picking inexperienced or experienced teams, I completely pick the best team I see to win the game regardless of age. I think it’s very important to have a competitive team.

“Yes, if young players are showing what they can do in training and deserve their chance – for example Mason Mount deserves his chance completely on merit as opposed to age – I will have no fears to play young players because it’s important for a club like Chelsea that we do that.

“But they need to deserve their chance. We have to respect the strengths of the team we are playing. And Liverpool is a different challenge to Manchester United.

“That doesn’t mean we are willing to concede ground or defend our own box.

“There may be subtle changes in our approach but what has to stay is the intensity of our work rate. 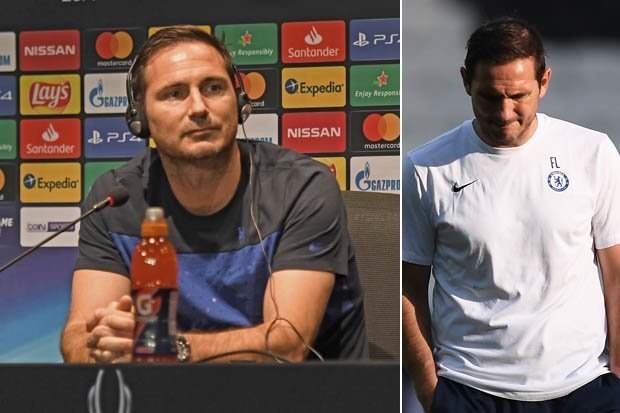 Willian will return to the bench for Chelsea but while Antonio Rudiger trained yesterday, he is not ready to return after a knee injury, while Kante will be assessed after suffering a knock on Sunday.

Lampard said: “We need to make a decision on Kante. He has a small injury which we are concerned about. He’s had a very broken pre-season.”