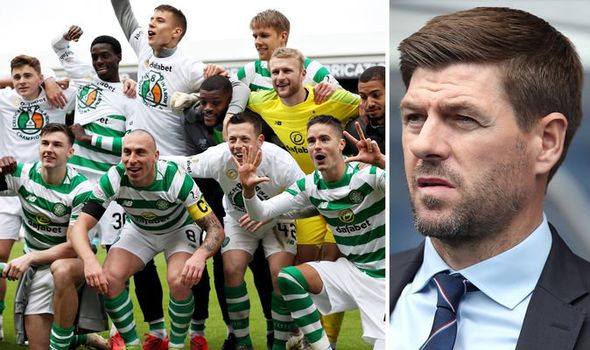 The Liverpudlian coach saw Rangers pick up their eighth red card in the Scottish Premiership this season when Allan McGregor was dismissed in a 1-0 win over Hibernian at Ibrox yesterday.

The veteran goalkeeper kicked out at Marc McNulty after releasing the ball from his hands for a goal kick and was given his marching orders by referee Bobby Madden.

It ultimately did not cost them even though Gerrard had made his three substitutions as midfielder Ross McCrorie stepped into goal, still wearing his outfield shirt beneath his temporary goalkeeper’s top, for the final minutes.

But while Rangers took their Premiership points tally to 75 – their best since they last won the title in 2010-11 – Gerrard was left hugely frustrated by another dismissal which leaves McGregor suspended for the Old Firm clash with Celtic this Sunday (12pm).

The Light Blues are second bottom in the fair play table for their disciplinary record and have had 12 different players sent off across all competitions.

And Gerrard admits he is struggling to get to the root of the problem and insists more drastic action may have to be taken.

That’s because he believes they have paid the price for their red cards in the title race, having been shown six more reds than Celtic – who secured the title with a 3-0 win at Aberdeen on Saturday.

Gerrard said: “I am open to advice, if anyone wants to give me any. I am sure the players are sick of listening to my record on discipline and talking about it. 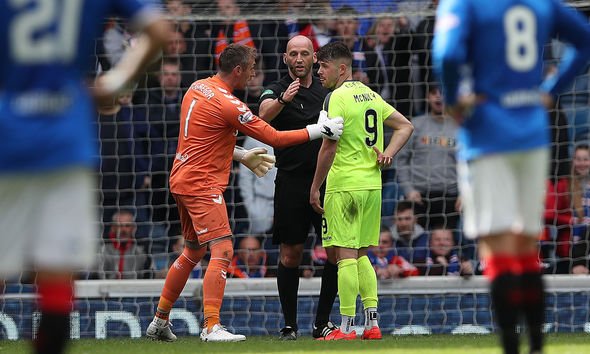 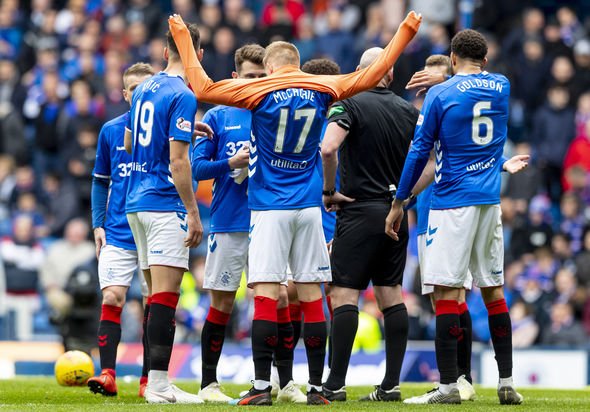 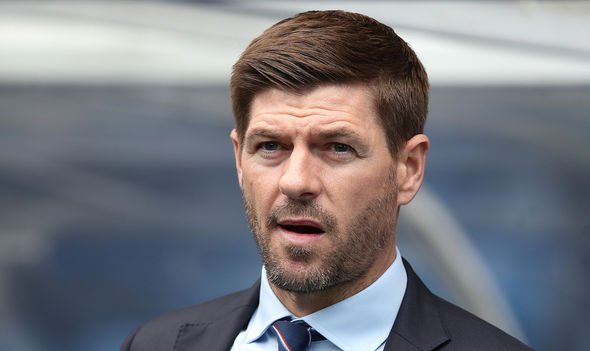 They are not helping themselves, the players

“I think that is nine red cards over 50 games. It is crazy. If you look at our performance today and over the 90 minutes and again another discipline problem, it is probably the reason why we are not talking about success.

“This game is hard enough with 11 men. Hibs came here and they are organised, on a run of 10 games without defeat. You have Celtic across the park who are unbeaten from the new year.

“They are not helping themselves, the players. But I am running out of things to do to address it.

“I don’t want to be one of these managers that takes money out of the players’ pockets. They have got families and that is not the type of man I am, but they are leaving me with no other option.” 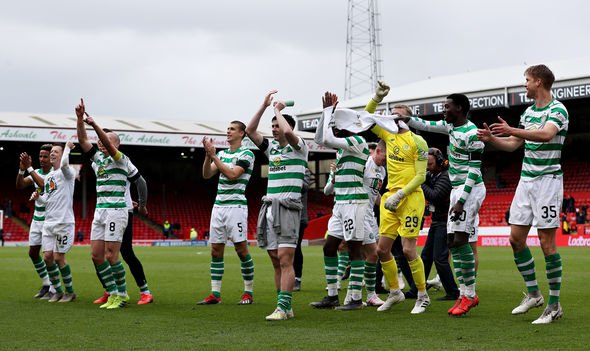 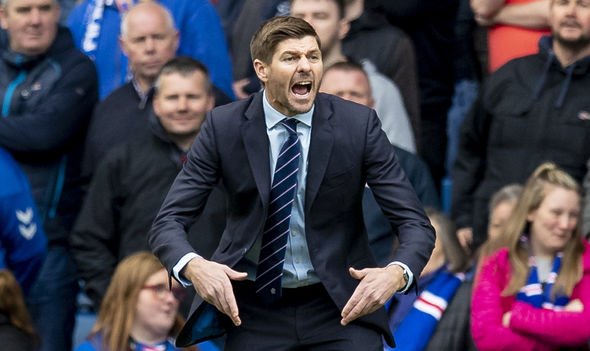 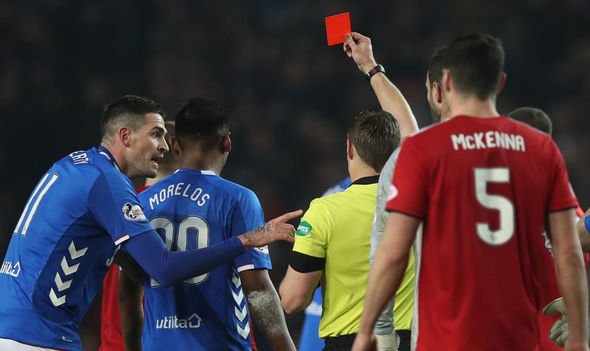 Midfielder Ryan Jack admitted: “We have to cut it out.It’s cost us this season.We’ve lost big players at big times. If we don’t try to rectify it and sort the discipline out we’ll be in the same position next season, with red cards and players missing key games.

“Obviously that doesn’t help the fear factor when it comes to the squad. We’ll reflect on it in pre-season and hopefully next year it will be different. We are the players, we need to take responsibility for our actions on the pitch.

“I think we have to look at it and maybe sit down as a squad and talk about how we have missed key players at key times and it has ultimately cost us. Next season we need to cut it out.”

Despite the incident, Rangers recorded their fifth straight league win for the first time this season headed into the visit of champions Celtic.

They will hope to beat the Hoops at Ibrox for a second time this campaign and cut the gap to their rivals at the top to six.

Defeat would risk them ending the year 12 points off of Celtic, the same figure they ended adrift of their Glasgow neighbours last year.