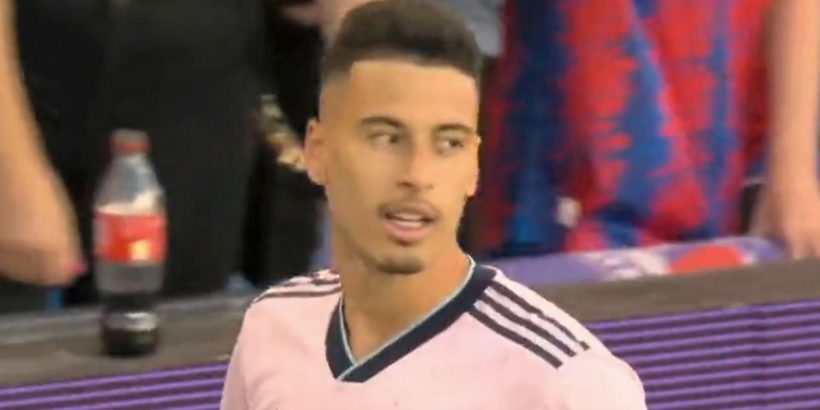 Gabriel Martinelli produced a contender for miss of the season just THREE minutes into the new Premier League campaign.

The Brazilian star failed to find the target when it looked easier to score as Arsenal dominated the early stages of their opening game against Crystal Palace at Selhurst Park. Martinelli's miss came after good work by summer signing Gabriel Jesus, who weaved his way into the box with some very nifty footwork.

The former Manchester City forward saw his own attempt on goal blocked before the ball fell to Martinelli, who, with the goal gaping, somehow managed to drag his effort across the box and wide of the post.

Martinelli looked more shocked than anyone after watching the ball roll wide of the goal, although Arsenal fans on social media gave him a good run for his money.

Some even labelled his lacklustre effort the "miss of the season." One person commented: "Gabriel Martinelli with the first 'Miss of the Season' candidate.

Is Gabriel Martinelli's miss the worst you've ever seen? Let us know in the comments section below.

Fortunately for Martinelli – and Arsenal fans – the Brazilian redeemed himself little under 20 minutes later to give the Gunners the lead. The 21-year-old rose highest to meet Oleksandr Zinchenko's pull back and score the opening goal of the new season.

It was the forward's 19th goal for the north Londoners and his second in as many competitive matches after bagging on the final day of last season against Everton.