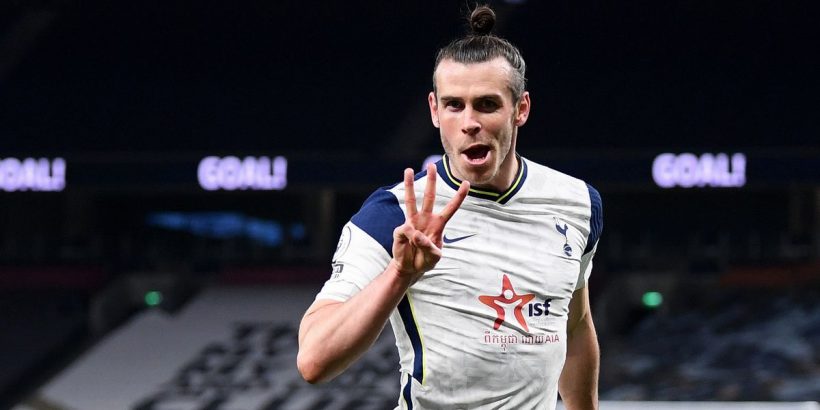 Tottenham interim boss Ryan Mason said Gareth Bale’s future will be addressed at the end of the season after his hat-trick inspired a 4-0 win over Sheffield United.

Bale struck a sublime treble at the Tottenham Hotspur Stadium, with Son Heung-min adding a fine fourth, as Spurs kept themselves in the race for Champions League qualification.

The Wales international recently said that he intends to go back to Real Madrid next summer, but with performances like this Spurs will want to keep him in north London.

Mason – in charge until the end of the season – is unlikely to have too much of a say in the decision but thinks it should be put on the back burner until the campaign is complete.

“I think that is a conversation at the end of the season between Gareth, the club and his parent club, our main focus and priority should be the next game,” he said.

“It sounds a cliché but it is true. I am glad he is happy, he should be because he has another match ball to add to the collection. It was an excellent performance as well.

“I think the decision at the moment and the priority is Gareth is ready to train and he is happy in training.

Bale took his tally to eight goals in his last eight Premier League games, but there is a sense of what might have been as he was largely under-used by Jose Mourinho, even when fully fit.

But his trio of empathic finishes gave hope that he could help Spurs gatecrash the top four.

Mason added: “I thought he was outstanding. His goals were world class. No one should have doubted that ability he has in the final third because he’s proved over a number of years that he’s one of the best in those moments.

“I was very pleased with him tonight because I thought his performance was excellent as well. He showed real commitment and he fought for the team and the moments he produced were outstanding.”

There was one moment of controversy in a routine Spurs win, when VAR ruled that John Fleck’s apparent stamp on Giovani Lo Celso did not merit violent conduct, something Mason was angry about.

“It was a red card. No doubt whatsoever,” he said. “I am a bit confused. I am shocked as well.

"First of all I am shocked at the VAR sitting in the room having an opportunity to have a look at it once, that should have been enough.

“Then I am even more shocked he has not told the referee to go and have a look at it because there is absolutely no doubt in my mind that it is a red card and when we have seen some of the red cards in recent weeks it makes it even more shocking.”