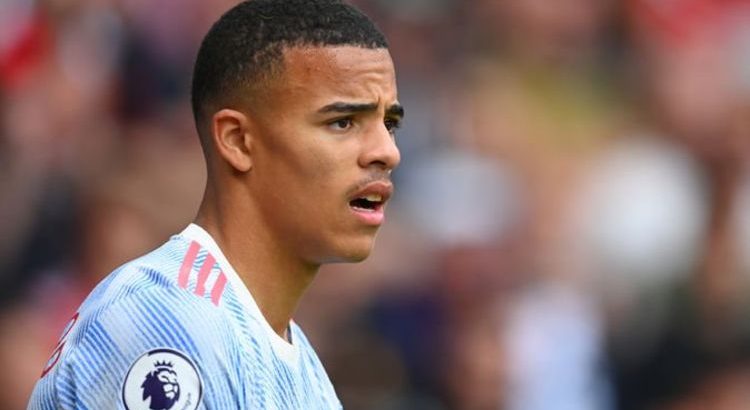 Gareth Southgate has been slammed for overlooking ‘superstar’ Mason Greenwood for his latest England squad. Greenwood was one of the biggest names left out of the Three Lions’ Euro 2020 squad in the summer.

Southgate’s side continued their impressive World Cup 2022 qualifying campaign with a 4-0 thumping of Hungary on Thursday night before defeating Andorra by the same scoreline on Sunday.

The former defender will take his team to Poland on Wednesday as they look to maintain their 100 per cent winning record in Group I of qualifying.

Southgate doesn’t appear to be lacking creativity or firepower in his side but has now come under fire from former Tottenham midfielder Jamie O’Hara for his decision to leave out Manchester United’s Greenwood.

Greenwood has won just one cap for his country, with his sole appearance coming in a Nations League victory in Iceland a year ago.

“There is a ready-made superstar in Mason Greenwood,” O’Hara told talkSPORT. “Why is he not playing for England?

“You’re playing against Andorra. You know these games are coming up – give that man the games that he needs so we can get him ready for when the World Cup comes around, because he’s the ready-made superstar in the making.

“I look at Mason Greenwood and I just think, that boy is a superstar talent – ready to be made into one.

“The guy is unbelievable. Mason Greenwood should be there in my opinion.

“You play Bellingham, you play Phil Foden – you give them opportunities. Why are you holding back Mason Greenwood? Get him on the pitch.”

Greenwood has started the season in prolific form for the Red Devils, netting goals in each of his side’s opening three Premier League games.

The forward has now scored 20 Premier League goals for United, despite being just 19 years old.

But his England debut was clouded in controversy after he was sent home alongside Phil Foden for contravening COVID-19 rules.

“He is in our thoughts – I’ve spoken with him and with his club,” Southgate said after his decision to omit Greenwood from this month’s squad.

“He’s a player we really like and we think he’s got every possibility to be a top England player.

“We’re all very conscious we make that progression at the right time.

“He’s just breaking into the team at Manchester United with a lot of responsibility – that’s a big thing for a young player to deal with.

“We’re all aligned on that – Mason, his club, his family, us. We feel at the moment the best thing for him is that he stays with his club.

“But he’s a player we like and it’s clear on his performances he warrants being in the squad.”