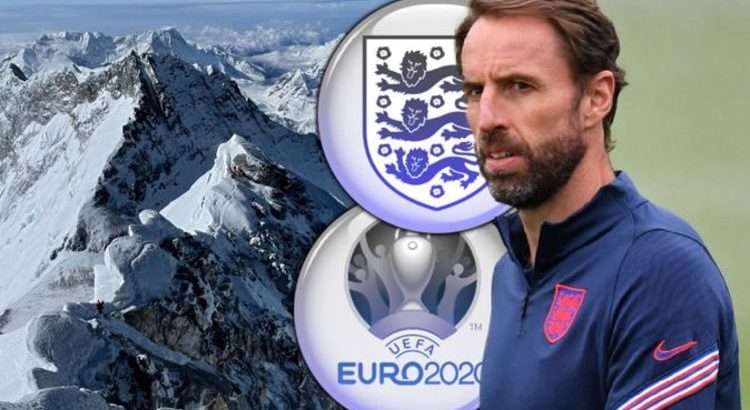 England train ahead of Ukraine clash

Gareth Southgate wants his England players to “conquer Everest” after reminding them that Germany is by no means the top of the world. It’s not even the top of Europe.

The 2-0 win on Tuesday night gave the players – and long-suffering England fans – some long awaited glory to cling onto.

But now the England manager wants his young charges to reach out for more by bringing football back home to Wembley for the semi-final and final of Euro 2020.

“We’ve achieved one challenge but that’s not the Everest we set ourselves, really,” he said. “We want to push on from where we’ve got to now.

“You’ve got to make sure you do the right things to win because whoever is ranked higher doesn’t always win.

“We saw that with France against Switzerland. There’s any number of lessons in a tournament about how things can turn so quickly. 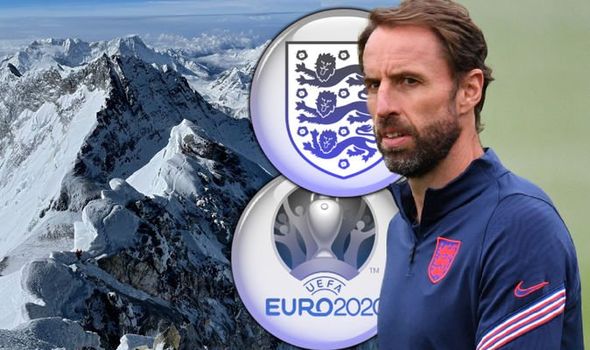 “We’re not in any way, shape or form complacent. But we’ve got to stay composed, but not fearful. We’ve got to be on the front foot, still.

“There’s a danger when you hold something in your hands in life, you’ve got half of something and you don’t want to lose the half.

“So you never reach out for the whole. But we’ve still got to take the next step forwards.”

Rest assured, though, Southgate how much it flies in he face of England football’s nature to to take those necessary final steps.

“I’m quite happy for the Germany game never to be shown again,” he said. “Now it’s another chance for the team to make history. 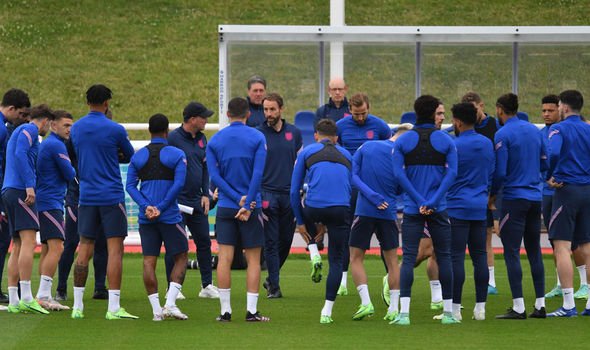 “We’ve moved on from Germany pretty quickly and it’s not easy because you all get lovely messages.

“But the mindset has got to be about Saturday.”

Southgate has already decided the treat he will allow himself when Euro 2020 is finally over – some sleep!

The England manager revealed that taking the country to the World Cup semi-finals in Russia three years ago knocked him sideways – and he fears a repeat reaction this summer when the football is finally over.

“I have to say the tournaments are so intense,” he said.

“I can be in meetings at eight in the morning or finishing analysis at 11 at night. It is just the nature of it and you know there will be a period in a couple of weeks where my family will see me asleep a lot – because that’s what happened after Russia.

“They were taking all sorts of ridiculing pictures of me in various venues for a few weeks on holiday so it became a standing joke really.”

Southgate’s comfort was not helped after the 2018 World Cup by the fact he dislocated his shoulder on a run near the Three Lions’ Repino base.

This summer he has found however that a tighter schedule has left him with less time to get into mischief.

“Downtime?” he was asked. “I haven’t found that possible in these four weeks. The time I give myself I do exercise, so I do run or use the gym.

“And there have been a couple of afternoons where I’ve been able to get an hour’s kip to catch up.”