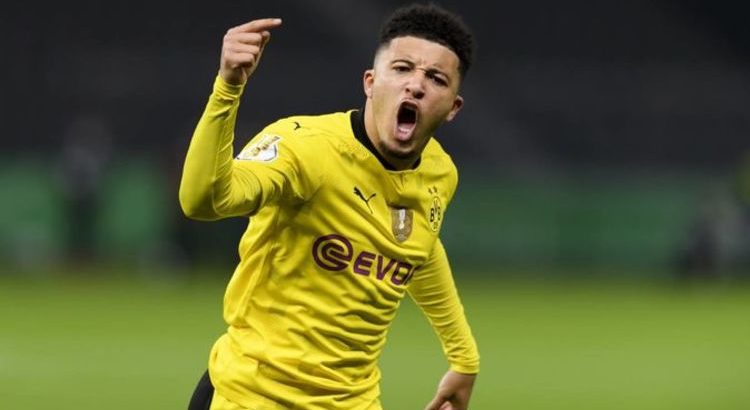 Jadon Sancho has provided Manchester United with a timely reminder of just how talented he is, as Gary Lineker pointed out. While United and their fans were focusing on the Premier League game against Liverpool at Old Trafford, the Borussia Dortmund winger was busy tearing RB Leipzig apart to help win the DFB-Pokal final 4-1.

United have been strongly linked with a summer move for Sancho, who is finishing the season brilliantly with Dortmund.

Last summer United publicly pursued the England international but failed to get a deal over the line, with Dortmund demanding £108million for his signature.

However, things have now changed, with the German club reportedly more willing to negotiate over a deal for the 21-year-old, who is under contract until 2023.

The Manchester Evening News reports that Sancho is pushing his agent to secure a transfer this summer, having been left disappointed last year.

If he is keen to move, then Sancho is certainly going about attracting attention the right way.

After scoring twice in Dortmund’s vital 3-2 Bundesliga win over Leipzig on Saturday, he set about tormenting the club once again on Thursday night.

JUST IN: Sergio Aguero poised to join Barcelona after breakthrough in talks 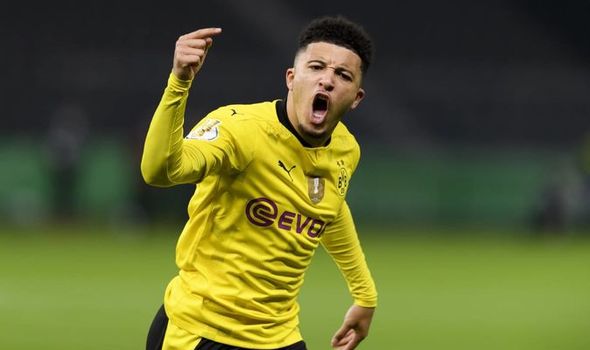 And while United were obviously preoccupied with events inside and outside Old Trafford, Match of the Day presenter Lineker made sure his 7.9m Twitter followers were aware of Sancho’s form.

He tweeted: “Meanwhile in Germany @Sanchooo10 has scored again. Don’t forget Sancho, just because he’s playing overseas. He’s another wonderfully gifted young English talent that could shine in the Euros.”

Sancho opened the scoring just five minutes into the DFB-Pokal final, cutting inside from the left to curl a stunning finish into the net.

After Haaland had bullied Bayern Munich-bound Dayot Upamecano and curled in a second, Sancho made it 3-0 before half-time.

What Martin Odegaard has told friends about staying at Arsenal 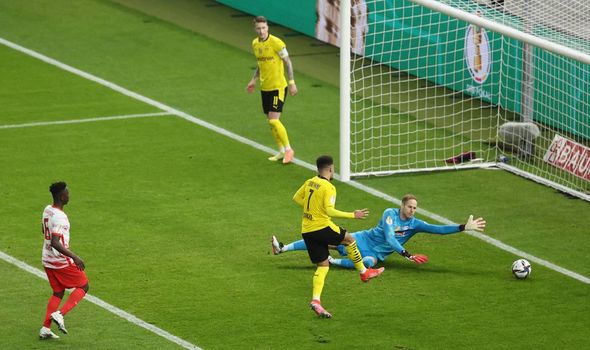 Marco Reus got in behind the defence and squared for Sancho, who coolly cut back inside the onrushing defender before tapping into the empty net.

Things were less frantic in the second half, with Dani Olmo briefly giving Leipzig a flicker of hope before Haaland added a second on the counter-attack to make it safe at 4-1.

The two first-half goals means that Sancho has now been directly involved in 28 goals in 36 appearances for Dortmund this season, with a return of 16 goals and 12 assists.

That is a fantastic return for the winger, who will surely star for England at this summer’s European Championships.

Bild reported recently that, while Dortmund do not want to lose both Sancho and Erling Haaland this summer, they would part with the England international should their valuation be met early enough in the window.

The German newspaper reported a fee of around £86.75m (€100m) would do the trick and sporting director Michael Zorc has revealed the club have a “gentlemen’s agreement” that means Sancho can leave “under certain conditions”.