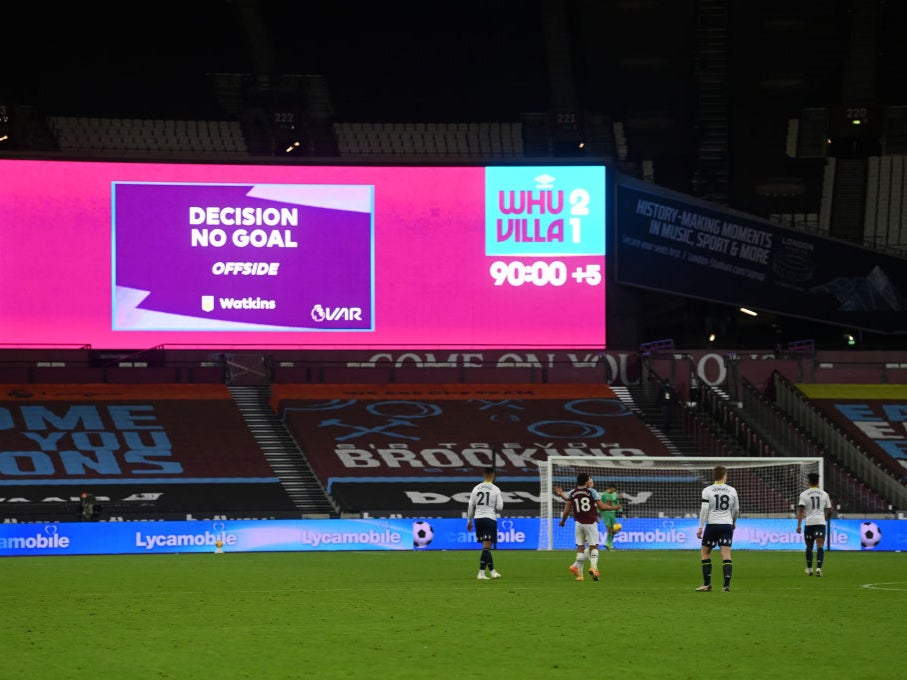 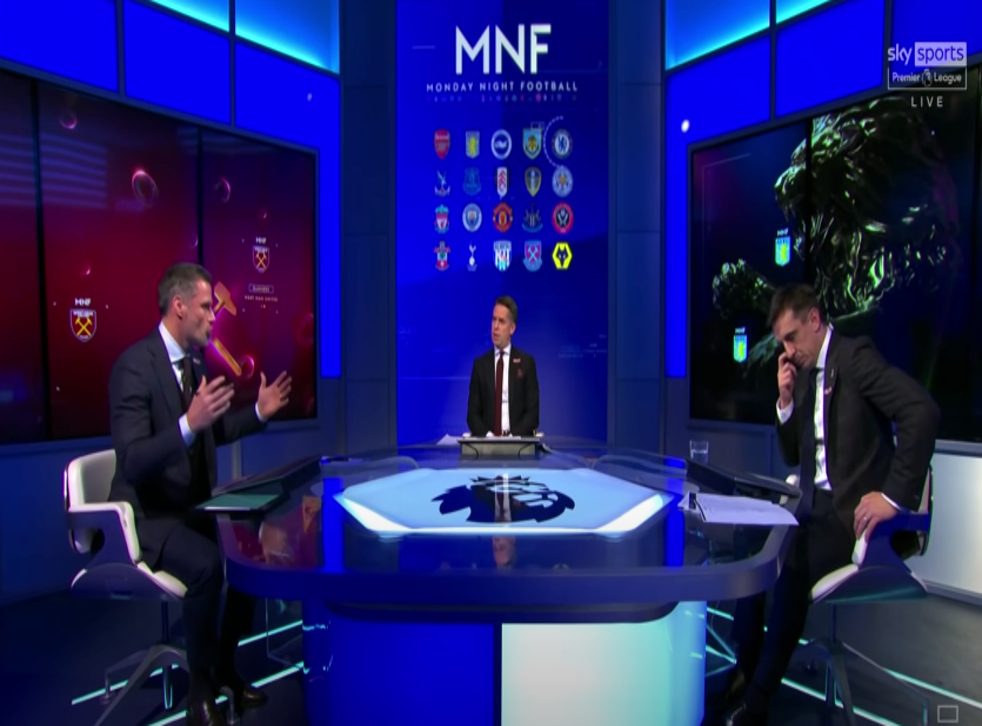 “This nonsense of going to the screen has got to stop,” Carragher added. “It doesn’t make any sense. I know for a fact that when a referee goes to the screen, he is not looking at it seeing if he has made a mistake, he is getting told by Stockley Park where the infringement is. I’ve spoken to a referee and he’s told me that’s the case.”

While Neville disagrees on Carragher’s point about referees using the pitch-side monitors, and has instead called for the rules to be changed.

“It’s the application of technology that is the big problem in this moment in time, and the rules themselves. The handball is a nonsense. The offside rule about the arm is a nonsense. Those two rules need changing. At that point, VAR will become more acceptable.”