‘He is being managed out of Stamford Bridge’: Gary Neville claims Frank Lampard has already decided to sell £50m man Jorginho after dropping him AGAIN in favour of Billy Gilmour for victory over Crystal Palace

Gary Neville believes that Chelsea boss Frank Lampard has already decided to offload fringe midfield star Jorginho at the end of the season.

The 28-year-old has struggled to impress under Lampard after the coronavirus-enforced hiatus and has largely been restricted to cameo appearances with other options preferred instead.

Jorginho was once again named among the substitutes for the win at Crystal Palace on Tuesday evening – and Neville claims this is further proof Lampard is willing to axe the Italy international. 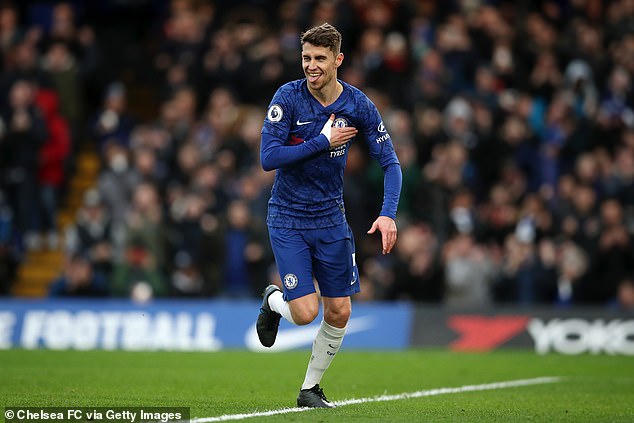 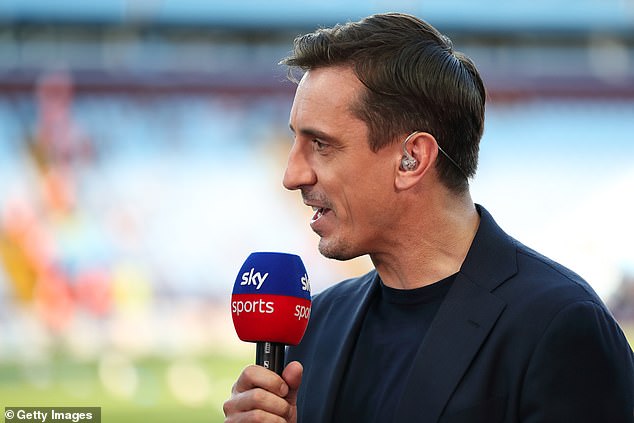 Maurizio Sarri had reunited with the club’s current vice-captain during his tenure at Stamford Bridge for a fee of £50million, but Jorginho has since failed to make an impact under his successor in the hotseat.

N’Golo Kante’s absence from the trip to Selhurst Park led many to believe Jorginho would be given an outing from the off, but instead 19-year-old starlet Billy Gilmour was given the nod.

After the surprise selection, Neville had said that Lampard’s desired blueprint for the future at Chelsea is unlikely to include the former Napoli player. 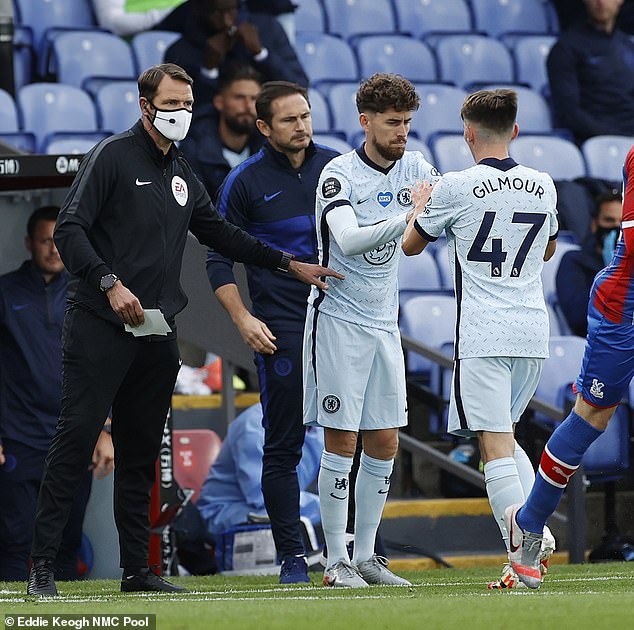 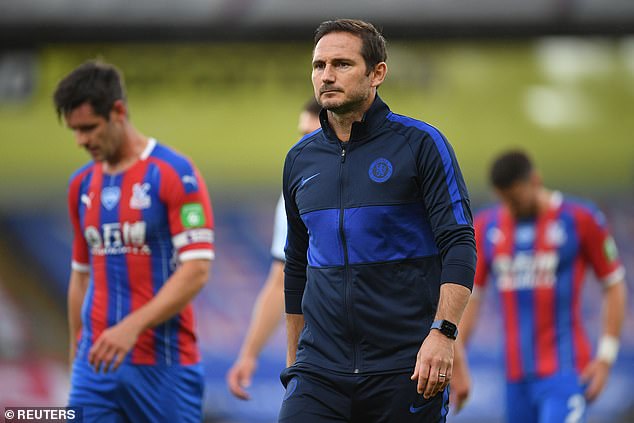 Lampard’s desire to build a ‘young and hungry’ squad leaves no room for Jorginho, says Neville

He told Sky Sports: ‘You have to think that he is being managed out of Stamford Bridge.

‘I think it’s been clear from the moment Frank Lampard came in that he wants to build a young and hungry squad.

‘Look at the way David Luiz was let go. With the way Jorginho has been dealt with, it’s quite clear where Lampard wants to take the team.

‘When you think of Pep Guardiola and Jurgen Klopp over the last few years, they don’t veer away from the plan for any player. 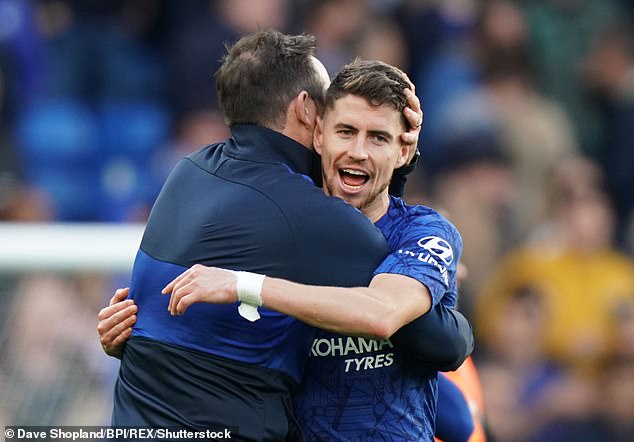 ‘Frank Lampard has got a clear plan.’

Chelsea were given a late scare in the London derby and Jorginho was introduced with ten minutes remaining to help stabilise the nervy Champions League chasers.

Olivier Giroud, Christian Pulisic and Tammy Abraham ensured the visitors held a comfortable lead, but Christian Benteke hauled Palace back into contention just a minute after Chelsea had netted their third.

Kepa Arrizabalaga was forced into a stunning stop from Scott Dann’s low header, and Kurt Zouma’s heroic block denied Benteke from rescuing a dramatic share of the spoils for Roy Hodgson’s men in the 96th minute.