Gary Neville has criticised Manchester United’s transfer tactics and urged them to move on quickly from the Jadon Sancho transfer saga.

But former United captain Neville believes that has not been enough this summer ahead of the Premier League starting this weekend, and says the Red Devils have been left behind by Chelsea and Manchester City in the recruitment stakes.

United’s season only ended three weeks ago with a Europa League defeat by Sevilla but Neville said: “Like everyone else they had three months off because of coronavirus, so I don’t think it should be the case they didn’t have the resource or time to get things done.

“Chelsea got their business done, City have got three or four pieces done. I don’t think timing’s the issue.

“It’s just a thing with United that every time they go for a player in the last four, five, six years it feels they are a little bit desperate.

“They think they can hang on but they always pay it (the asking fee) in the end.

“That’s sometimes where I think you can take control, give a hard deadline and say ‘we’re moving away from this deal’. 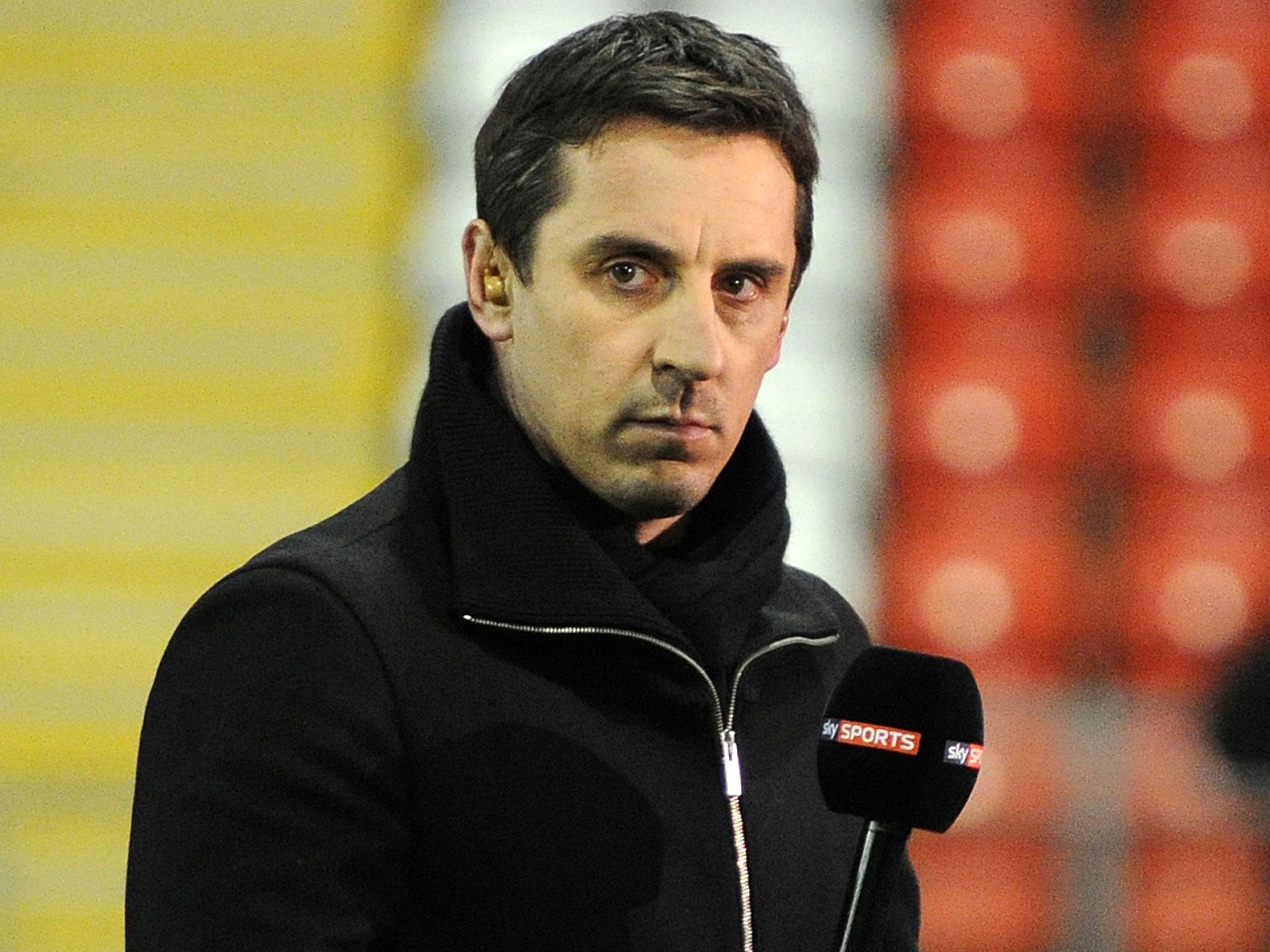 But Dortmund have held out for a fee in the region of €120m (£108m) and insist the 20-year-old former Manchester City player is happy to stay in Germany.

“That’s been the frustration with Sancho,” Neville told the PA news agency during a TalkTalk media session.

“The fact that it’s dragged on. Just say to Dortmund ‘leave him there’ and go get another player.

“There are plenty of players around, there can’t be just one player you’re chasing.

“It is frustrating but I do think United have been better in these last couple of seasons, more careful and not making mistakes either.

“If you can’t get a deal done (for Sancho) you have to move on. You certainly have to give hard deadlines on players.”