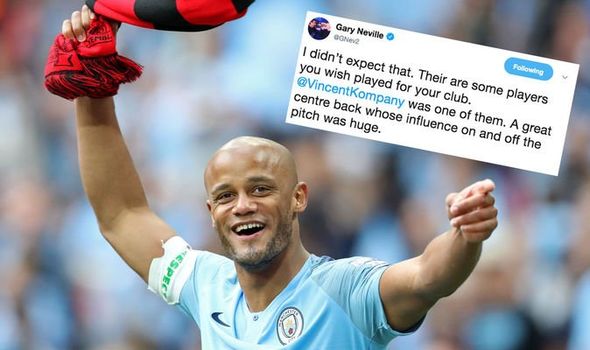 Kompany captained Manchester City to a historic domestic treble this season, finely capping off his 11th season at the club.

The 33-year-old seemingly waved goodbye to fans in the Premier League title-clinching win over Brighton last Sunday, but donned Sky Blue one last time on Saturday as City ran out 6-0 winners against Watford in the FA Cup final.

There was doubt over Kompany’s future with his contract expiring this summer but clarity was shed early Sunday morning.

Manchester United legend Neville was shocked by the news and took to Twitter to offer his reaction, which may rile Red Devils fans.

Their are some players you wish played for your club. @VincentKompany was one of them.

“Their are some players you wish played for your club. @VincentKompany was one of them.

“A great centre back whose influence on and off the pitch was huge.”

Kompany made 360 appearances for City, scoring 20 goals and memorably the vital 25-yard screamer in the side’s penultimate league win against Leicester this season. 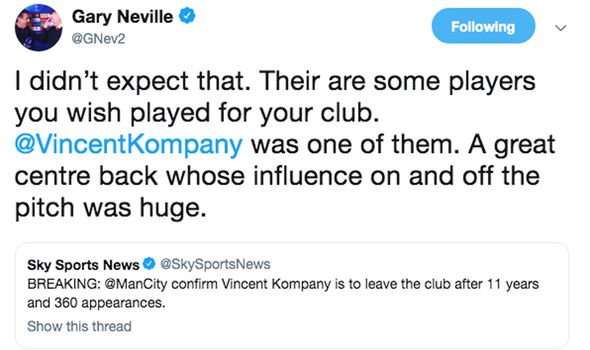 He picked up 10 major honours during his stint at Etihad Stadium, arriving as a result of the Abu Dhabi takeover in 2008.

City announced Kompany’s departure on their website with the man himself cutting a cool head in his comments.

“As overwhelming as it is, the time has come for me to go,” he said.

“And what a season to bow out. I feel nothing but gratefulness. I am grateful to all those who supported me on a special journey, at a very special club.

“I remember the first day, as clear as I see the last. I remember the boundless kindness I received from the people of Manchester. 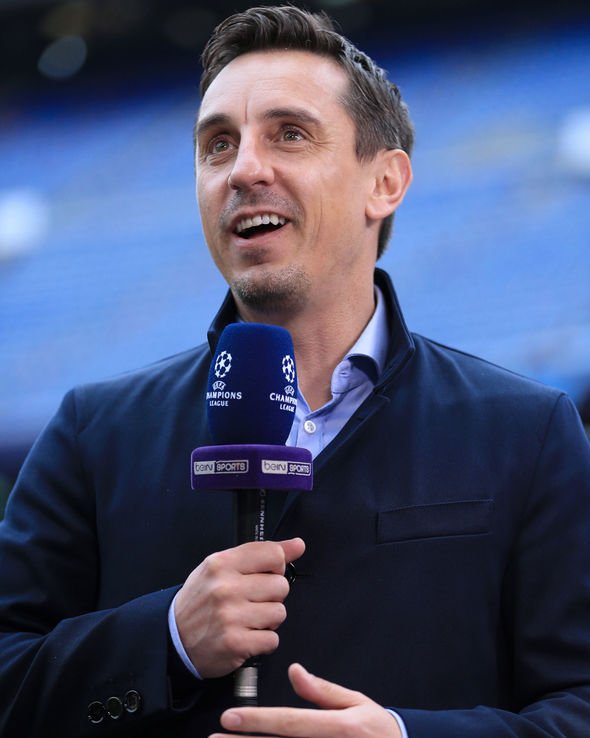 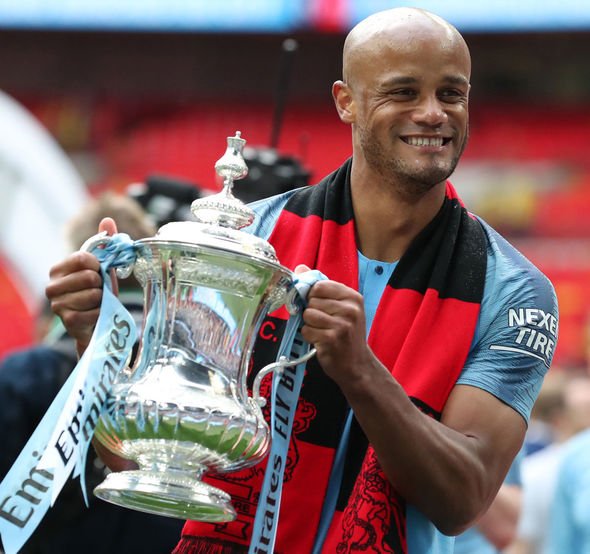 “I will never forget how all Man City supporters remained loyal to me in good times and especially bad times. Against the odds you have always backed me and inspired me to never give up.”

Soon after the initial announcement, Kompany confirmed he is now undertaking the role of Anderlecht player-manager.

“For the next 3 years, I will take up the role of Player-Manager of RSC Anderlecht,” he said. “Belgium’s finest.

“This may come as a surprise to you. It’s the most passionate yet rational decision I’ve ever made.

“As a footballer, I was born and raised at RSC Anderlecht. Since the age of 6, I have been one with that club. A history of 34 league titles, they are second to none.”