Gary Neville says football has proven incapable of governing itself and distributing money fairly and has joined forces with a group to call for independent regulation of the game.

The group, which includes former FA chairman David Bernstein, ex-FA executive director David Davies and Greater Manchester mayor Andy Burnham, have signed a ‘Manifesto for Change’, which claims the “dysfunctional and damaging existing structure” of football has highlighted the English game’s inability to act as a unified voice during the coronavirus crisis.

It puts the blame down to the financial power of the Premier League and the lack of credibility and ineffectiveness of the FA as a governing body.

The manifesto determines the “national game operates within a model that is fundamentally flawed”, proven they say by the demise of Bury last year and Wigan entering administration in July.

Speaking to Sky Sports News, Neville said: “The principle is that we don’t trust that football can govern itself and create the fairest deal for all, whether that’s the Premier League, EFL clubs, non-League clubs or the fans.

“It has been proven over this past six months that football has struggled to bring everyone together and proven to be incapable over a 25-30 year period of transforming the money in the game into something that works for everybody.

“I want the best Premier League in the world, but I want sustainable football clubs.

“There is enough money in the game to be able to have an elite Premier League, a sustainable and competitive EFL, money passed down to non-League and grassroots and where fans can get a fair deal.

“That’s where an independent regulator, with that spirit at the heart of it, can come in and say ‘that’s not fair’.

“I know we’ve got a big task in front of us, but we’ve got a group of people who love football and want the best for football.”

Proposals for a reform of the professional game in England – called Project Big Picture – were rejected by Premier League clubs on Wednesday, despite vast support from within the English Football League.

The Premier League also announced plans for a “rescue package” for League One and League Two clubs – consisting of grants and interest-free loans totalling a further £50m on top of the £27.2m solidarity payments already advanced.

Neville has criticised the time it took for the money to arrive, adding he would be “embarrassed” to be a member of the Premier League.

“I don’t want to take all the money off the Premier League,” Neville said. “I want the best players and the best managers but they’ve spent £1.2 billion in a pandemic and it took six months for them to pass £50m down to the EFL.

“I would be embarrassed to be part of the Premier League as a member if it had taken me six months to sort out a rescue package for the EFL that need it when they’re sending that level of money on transfers. It’s not good enough.”

In response to the manifesto, an FA spokesperson said: “The Football Association plays a vital role in governing and regulating English football and our league structure and ecosystem is the envy of the world. We work hard to maintain this system, with a clear focus on the wider game; not just serving the elite level, but the whole football pyramid and throughout the grassroots game.

“As English football’s governing body, it is our responsibility to work together to determine what is best for our game as a whole, with full dialogue between all key stakeholders. 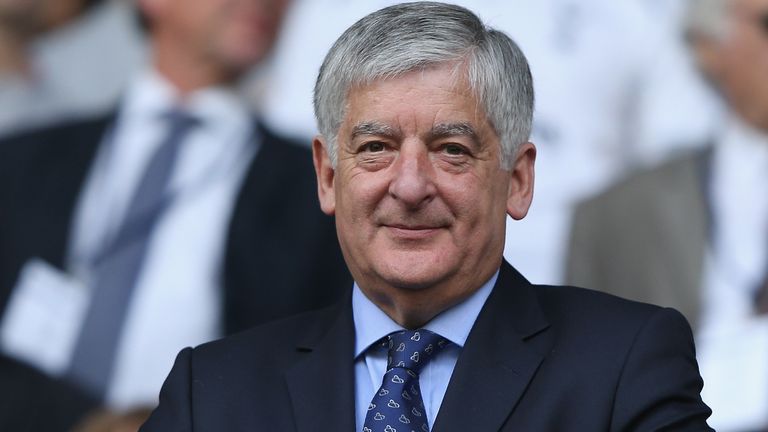 “As we have said this week, any changes have to be done in the right way and with a long-term perspective in mind. We are not interested in any changes that are designed to serve one area of the game, nor will we entertain ideas that are primarily in the interests of the few.

“If the Government would want to amend and increase our responsibilities and powers to further improve the system, then would be happy to discuss that with them, and of course we would consult with the leagues in the process. But most importantly, any changes must benefit clubs, fans and players across the English game.

“The FA has a clear direction and ambitious targets to ensure English football continues to be a force for good across every level of the game.”

Bernstein, who served as the FA’s chairman for three years from January 2011, has told Sky Sports News the balance of power in English football “is out of kilter” and says an independent regulator is the only way to save the game from a current “crisis”.

He said he had sympathy for the FA but criticised football for being “resistant to change”.

“It is clear that football is in a state of crisis. It’s a crisis that’s been building up for years or maybe even decades,” said Bernstein.

“Clearly COVID has brought things to a head but this is not something new. It’s something that’s been talked about for many, many years.

“And secondly, the poor governance that exists throughout football and particularly the Football Association still is a problem.

“The balance of power in the national game between the governing body the Football Association and the Premier League is out of kilter.

“We have concluded that the only way to get substantial change in football is by the appointment of an independent regulator and that can only happen with the support of a parliament because this regulator is going to need serious muscle to make the range of changes.”

The group also commissioned a survey of English football fans which found that 76 per cent agreed a radical change in governance was needed and 78 per cent believed the English club model was unsustainable without change.

Their report also expresses its concern at the lack of diversity within the game and a commitment to determine whether sufficient resources are being made available to develop the women’s game and football for the disabled.