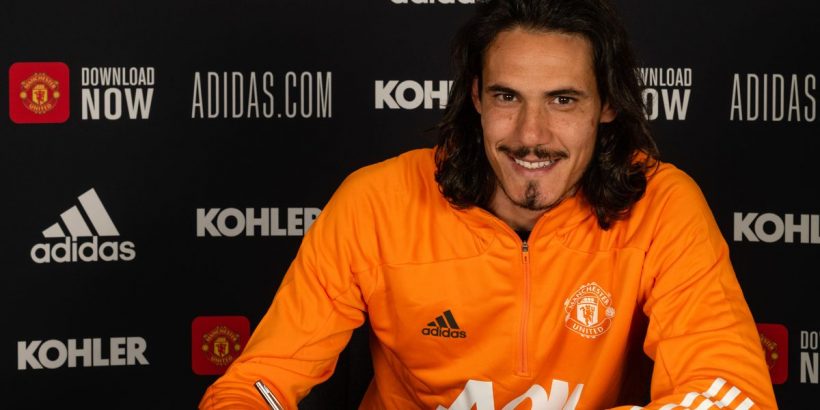 News that striker Edinson Cavani has signed a contract extension will be music to most Manchester United fans’ ears.

The Uruguay international has scored 15 goals in his debut season at Old Trafford, including five en route to the Europa League final.

The announcement came a day after Cavani added another to his tally, scoring the third to polish off a fine away victory against Aston Villa, and make neighbours Manchester City wait a short while longer to lift the Premier League trophy.

United now have a plethora of striking options for next season, joining Marcus Rashford, Anthony Martial and Mason Greenwood in the club’s attacking contingent.

However, the news comes as a slight concern to some, including former Red Devils captain Gary Neville.

The Sky Sports pundit recalled Roy Keane’s warning about the danger of Cavani signing a new deal, with his former team-mate saying it could damage the club in other ways.

Neville said on MNF: “I think I remember Roy’s comments in the game against Liverpool, the postponed game, where he said he wanted Cavani to sign but not at the expense of United signing what would be a world-class striker.

“I think if you look at the policy over the last couple of years since Ole has come in at Manchester United, I don’t think they will sign another striker.”

While it may be Neville’s belief that the arrival of a new striker looks unlikely, the ex-England fullback claims that United can look like good businessman if they pull of a move for Sancho this summer.

“I haven’t got the contacts on the inside that I used to have, so it’s my assumption, because they’ve been desperate for Sancho,” Neville said.

“You look at their recruitment last summer, they didn’t get Sancho and they were criticised for that. I criticised them for that.

“But they could look incredibly smart this year if they get him nearer half the price and they’ve waited 12 months.”

With Jadon Sancho, Neville believes that United could have a title-challenging side with strength in depth, but a new striker could upset that balance.

“I’m just looking at it now and I’m thinking Sancho comes in, and I think Sancho would play on that right-hand side. You’ve potentially got the back-up of Greenwood on that side,” Neville added.

“Up front you’ve got Cavani and Greenwood, and they’ll want Greenwood to come through, because I think he’s outstanding.

“On the left you’ve got Rashford and Martial then Pogba potentially could fit into there if he’s not in midfield.

“If you sign Kane or Halaand as well, which is what’s being mooted, I don’t think that works for Manchester United the way in which they’ve recruited in the last few years.

“Allowing Greenwood to emerge, making sure Rashford plays, Van de Beek can’t get a game. I think it’s Sancho and I think that’s their business done.”