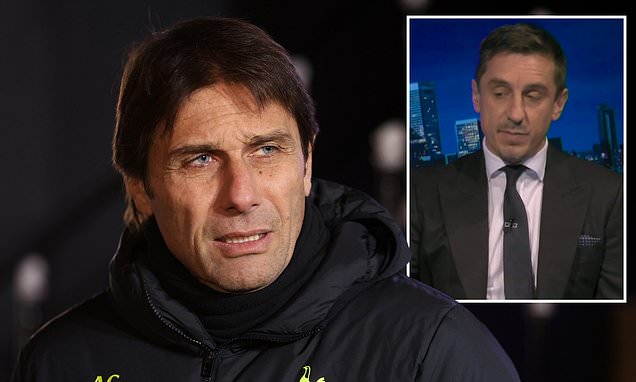 Gary Neville urges Tottenham to ‘snap out of the sulk’ after winning just three of their last ten games under ‘drained’ Antonio Conte, as he insists ‘this doesn’t have to be a bad Spurs season’

Gary Neville has insisted Tottenham are in a ‘great position’ to get something out of this season despite their poor recent form.

After an excellent start to the season that saw them win seven of their opening ten games, Spurs have since stalled amid a string of shaky defensive performances.

They have now conceded at least two goals in nine of their last ten games and dropped six points below the Champions League places. 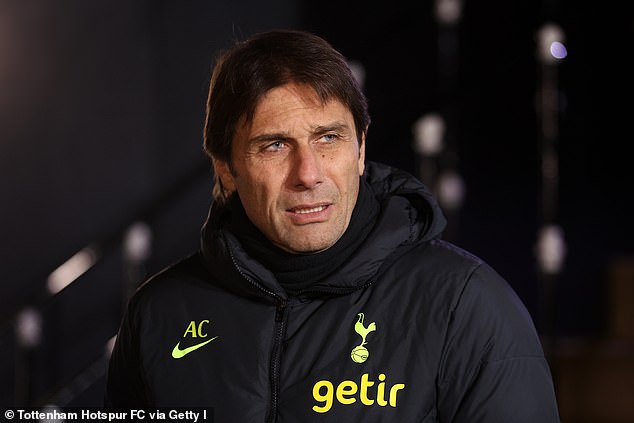 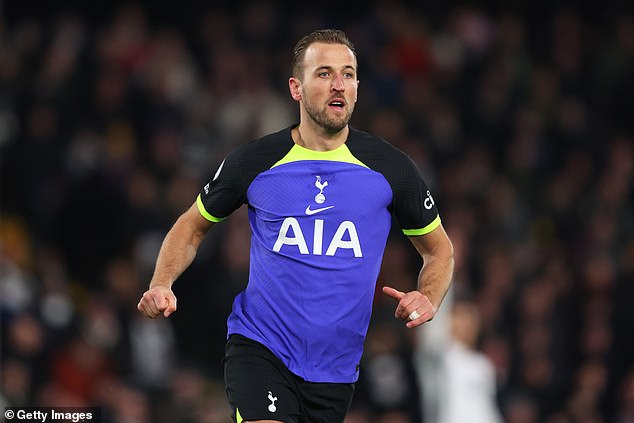 Despite this, Neville felt Antonio Conte’s side could still salvage the season, as he told Sky Sports: ‘There is a dourness that has crept into the club, but it doesn’t need to be there, they can still get into the Champions League.

‘There’s still a marathon of the season, they’re in the FA Cup, they’ve got a dream tie against AC Milan in the Champions League. This doesn’t have to be a bad Spurs season.’

‘They’ve got to snap out of the sulk. The clouds are gathering but they’re in a great position, this doesn’t have to be a bad Spurs season but they mentality has to change.’

The pundit pointed to Conte as one possible source of negativity at the club, as he said the manager has looked ‘drained’ and ‘less engaged’ than he had done previously. 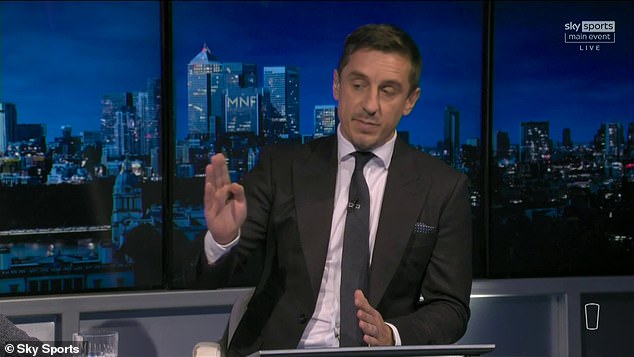 ‘My worry is that the players are not buyng into the system,’ he continued, ‘they’ve got some really good players. We know what this front three can do. Tottenham should be winning trophies.’

Despite their alarming recent decline, Spurs are still in three competitions, and will be boosted by the return of Richarlison after Conte confirmed he will be fully fit for their next game.

The North London side are currently winning 1-0 in a potentially vital clash with Fulham. A loss would see Marco Silva’s side leapfrog Tottenham in the table.