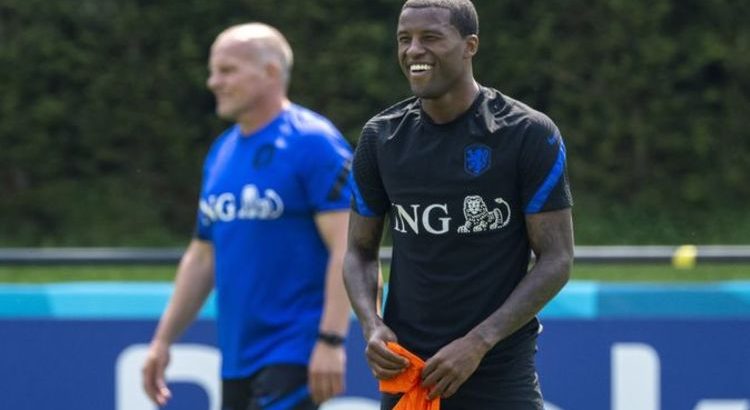 Georginio Wijnaldum’s decision to join Paris Saint-Germain in the summer transfer window has led to a blow for Manchester United. Wijnaldum had been expected to sign for Barcelona after his contract with Liverpool expired, until PSG more than doubled the Catalan club’s offer.

And the midfielder’s apparent decision to choose the French outfit over Barca has had a knock-on effect for Ole Gunnar Solskjaer’s side.

After missing on Wijnaldum, Barcelona boss Ronald Koeman is likely to be able to offer more game time to United target Ilaix Moriba next season.

The 18-year-old made 14 appearances in La Liga this term, as well as three in the Copa del Rey and one in the Champions League.

He is regarded as one of the best young talents to have emerged from Barca’s La Masia academy in recent years, and has been linked with interest from Premier League rivals Manchester City and Chelsea, as well as United. 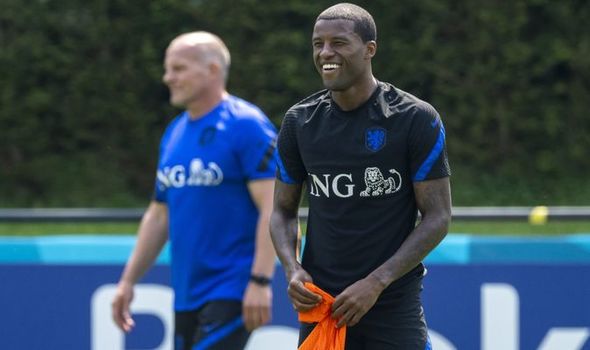 Solskjaer has brought teenagers Amad and Facundo Pellistri to Old Trafford over the past season, and Moriba would fit well with his philosophy of signing young, talented players who can grow with his side.

But Sport claims Koeman is ready to put his trust in the youngster next term after missing out on the hugely experienced Wijnaldum.

And according to La Vanguardia, cited by Sport Witness, Moriba is expected to sign a new three-year deal with the La Liga giants next week.

His current deal expires in July next year – but Wijnaldum’s decision to join PSG appears to have made it more likely the Spain under-19 international will stay in his native country. 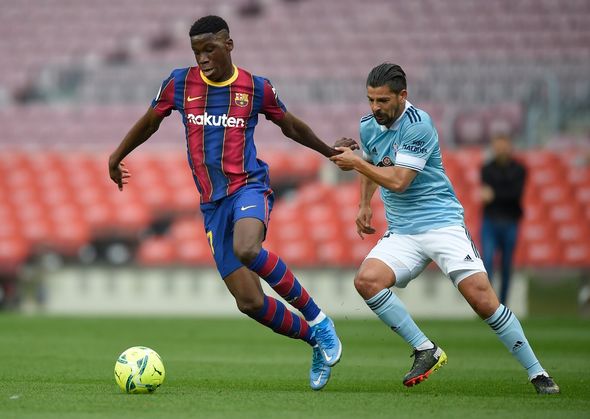 He is said to be ‘delighted’ to play for Barcelona – with his pay seemingly the only issue to be resolved in contract talks.

With Wijnaldum on his way to France, the Blaugrauna may be able to make Moriba an offer befitting his expected rise to first-team status next season.

And that could mean it’s back to the drawing board for Solskjaer as he looks to attract more promising prospects to United.

The Red Devils are also believed to be targeting Borussia Dortmund winger Jadon Sancho and Real Madrid centre-back Raphael Varane this summer, and have been linked with a move for wantaway Tottenham striker Harry Kane.