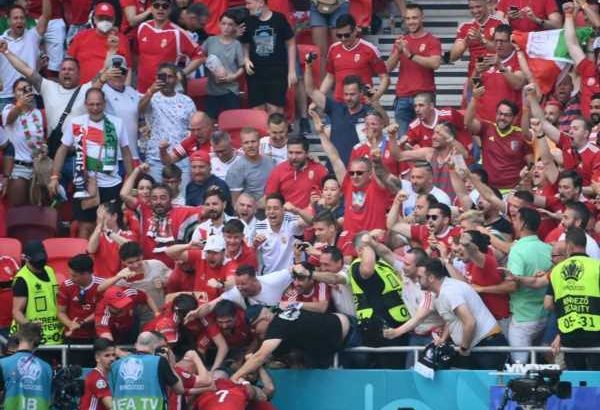 Hungary came into Euro 2020 knowing they had next to no chance of qualifying from Group F as they prepared to face Portugal, France and Germany.

But with just one round of fixtures left to play, Marco Rossi’s side still have a slim chance of reaching the second round.

That hope is a result of their 1-1 draw with world champions France on Saturday in what was a superb performance in front of a wonderful capacity crowd at the Puskas Arena.

Now though, they must go on the road to Munich and beat the Germans in their own backyard for only the second time since 1985.

Here’s everything you need to know about the Euro 2020 fixture.

The match will kick off at 8pm BST in Munich at the Allianz Arena.

BBC 2 will be airing the game live in the UK and you can stream the match on the BBC iPlayer.

Germany are expected to have no fresh injury concerns ahead of their final group game. But Hungary boss Rossi could be without striker Adam Szalai after he came off in the 26th minute of their draw with France due to a concussion.

Germany know that not only will a win here take them through to the knockout stages, but it could also see them top the group if France fail to beat Portugal. As a result, you imagine Low’s side will take no prisoners in this one against a Hungary side who have proven they can compete with the very best European nations. However, they are yet to play outside of Budapest, a factor which may hinder them in this one. 3-1 Germany.