FIFA president Gianni Infantino wants the expansion of the World Cup to 48 teams to happen as early as the 2022 edition in Qatar, saying it is both ‘possible’ and feasible’.

FIFA plans for the 2026 World Cup in the United States, Canada and Mexico to include 48 teams, but speaking at the Asian Football Confederation’s annual congress in Kuala Lumpur, Infantino said discussions had taken place with organisers in Qatar about whether that timetable could be brought forward.

‘We have decided…to increase the number of teams participating in the World Cup final tournaments from 32 to 48,’ he said in comments reported by the Guardian. 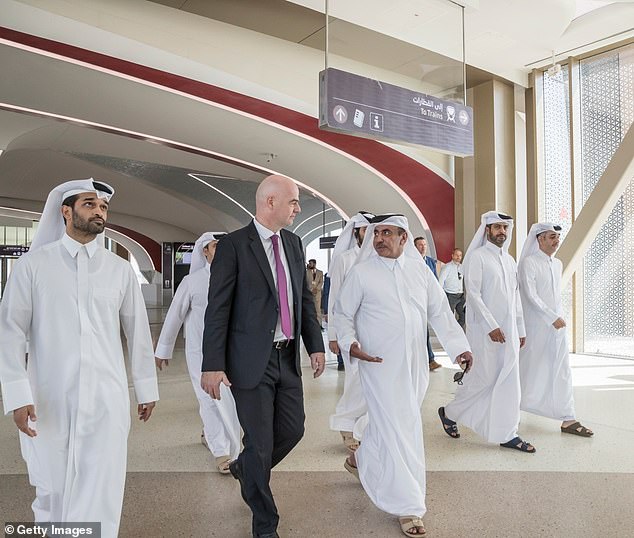 Infantino told the AFC member nations listening that the expansion would almost double the number of World Cup places open to Asian nations, rising from 4.5 (four guaranteed places and one decided by a play-off) to 8.5.

‘You will have (a bigger) chance,’ he added. ‘It is possible…it is feasible. We are discussing with our Qatari friends.

‘We are discussing with many other friends in the region. We hope we have it happen. We always have to try.’ 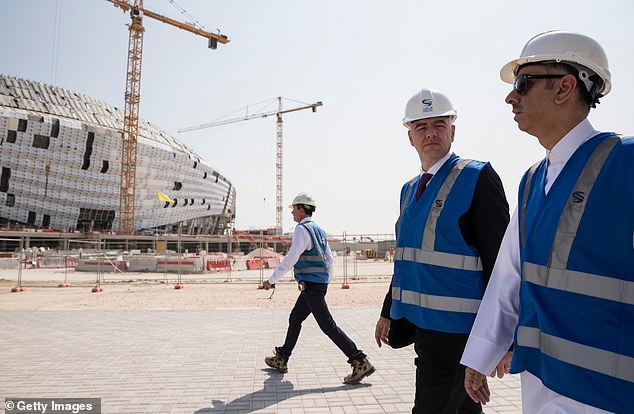 Infantino inspects Al Wakrah Stadium, which is under construction for the 2022 World Cup