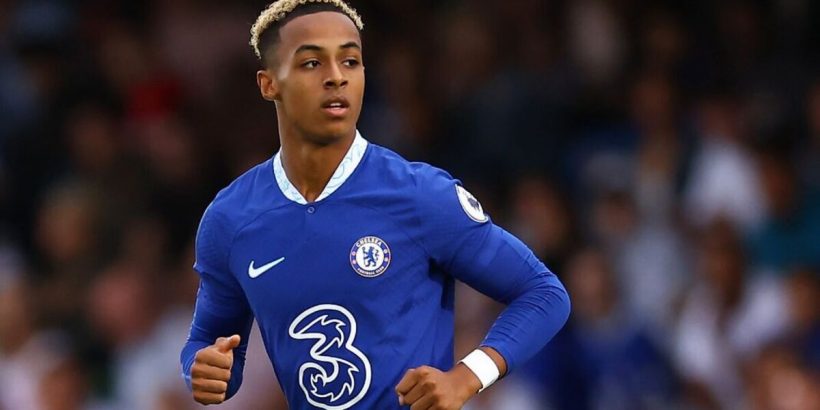 Chelsea boss Graham Potter could call upon exciting young talent Omari Hutchinson after he kept the 18-year-old in first-team training even after the Blues internationals returned from representing their countries. The club poached the attacking midfielder from Arsenal in the summer and he could now be set to make his way into the squad for Saturday’s fixture with Crystal Palace.

WIN A FREE ENGLAND SHIRT FOR THE WORLD CUP

Potter is gearing up to take charge of the Blues for the first time in the Premier League this weekend after taking over from Thomas Tuchel earlier this month. The Blues’ last two matches were postponed as a result of the death of Queen Elizabeth II and the Englishman is looking to arrest a poor start to the campaign which has seen the team take just 10 points from their opening six games.

He has now given an indication he could look to his younger players after Hutchinson remained a part of first-team training after the return of those who had been away representing their countries. Chelsea have looked to give youth a chance in recent years with Reece James and Mason Mount becoming key players after being offered a chance in the first team by Frank Lampard.

Potter also has a reputation himself for developing players, something which may have given the Blues youngsters a mental boost as they look to forge a career at Stamford Bridge. 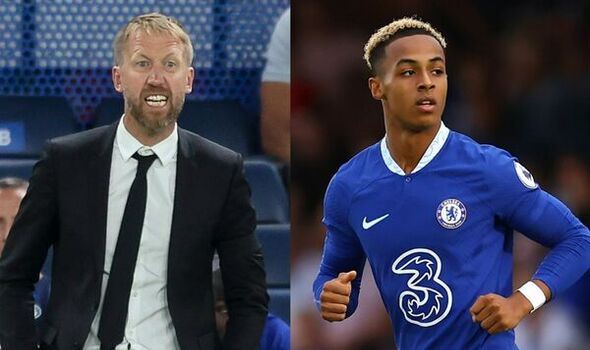 Highly-rated attacking Hutchinson arrived from Arsenal during the summer window with Chelsea managing to poach the player from their London rivals for an undisclosed fee. He never made an appearance for the Gunners’ but did frequently earn a spot on their bench last season, the first game being the team’s 1-0 FA Cup defeat to Nottingham Forest in the third round.

More impressively, he is already played an international match having featured for Jamaica in a 6-0 win over Catalonia in May. He has also represented England’s under 17s and under 19s during his career. 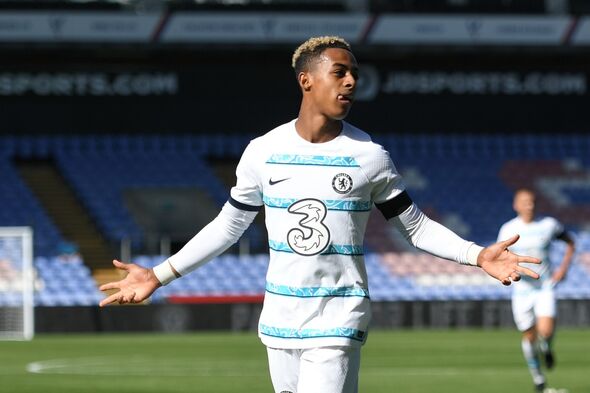 He appears to have settled in well in west London so far, scoring twice for the club’s under-21 side against Palace before the international break. While he predominantly plays in the No 10 position, he is also capable of playing on the right.

Given Chelsea’s struggles in attacking positions so far this season, there may be a place for him in the squad. The frontline is crying out for creativity, something which he may be able to provide. It remains to be seen whether or not Potter will give him any match action but it is certainly an interesting development to see him remain with the squad for so long.

Want the latest Premier League news as we publish it on Express Sport? Join our brand new Facebook group by clicking here