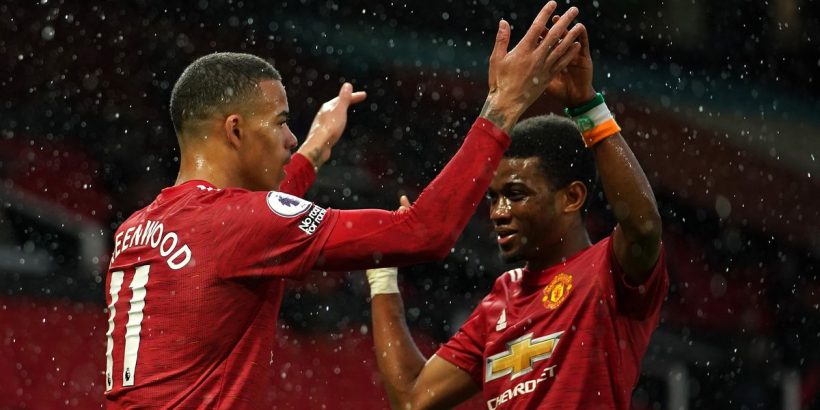 When Mason Greenwood blasted the ball past Kasper Schmeichel – during Manchester United'sPremier League clash with Leicester City – he unknowingly ended a 15-year-old record.

19-year-old Greenwood and 18-year-old Amad Diallo combined for United's equaliser on Tuesday evening, and, in doing so, they became the first teenagers since 2006 to combine for a Premier League goal.

The feat hadn't been achieved since May 2006, when Dave Wheater set up Adam Johnson for Middlesbrough against Bolton.

Greenwood and Diallo's ceiling is certainly higher than Wheater and Johnson's, and United fans will be hoping this is a sign of things to come.

Greenwood made his United debut in March 2019 – at age 17 – as an 87th-minute substitute against PSG in the Europa League.

And he has hit the ground running since; he has made a name for himself as one of the Premier League's hot prospects and a man United can build a side around.

Diallo, on the other hand, was making his Premier League debut during the match, and it only took the starlet ten minutes to register himself a goal contribution.

United signed the Ivorian in January from Atalanta – where he had drawn plaudits for his performances in the Serie A.

Despite United's record from coming behind in games: they were powerless to stop Leicester from taking the lead again.

United's loss confirmed their rivals, Manchester City, as champions: but it's not all doom and gloom at Old Trafford with the Europa League final on the horizon.